Manolo Gabbiadini is an Initial international footballer who is currently signed to the Serie A side, U.C. Sampdoria as a striker. A former Italy under-20 and under-21 international, Gabbiadini has represented the senior Italian national team since 2012.

Becomes Second Serie A Player To Test Positive For COVID-19

Sampdoria announced Manolo Gabbiadini has contracted coronavirus on 12 March 2020, following its outbreak in Italy. The striker becomes the second Serie A player to test positive for COVID-19 after Juventus defender Daniele Rugani. 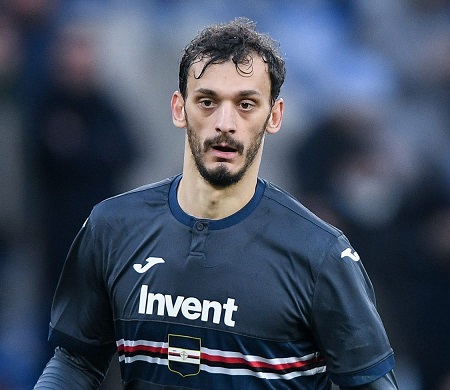 Gabbiadini is the second star to test positive for coronavirus SOURCE: The Sun

Now, Gabbiadini is in isolation - all Serie A matches have been suspended until at least April 3.

Besides football, the hunk earns much from his endorsement deals with various brands including Adidas. As of 2020, his net worth is approximately $5 million.

Manolo Gabbiadini is a married man. He tied the knot with his long-term partner Martina Rubini in the parish church of Sasso Marconi, Bologna, on 17 June 2017, in the presence of their friends, family and especially son, Tommaso who was born about a year and a half earlier. The reception, truly regal given the size of the cake, was held at Palazzo Albergati in Zola. 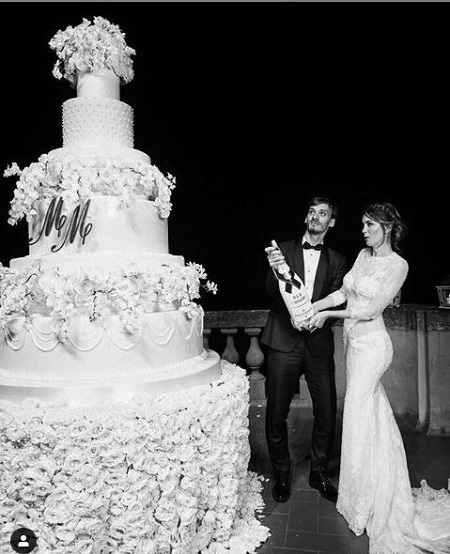 Reportedly, the two met when Gabbiadini played in Bologna and Martina was a hostess in the central grandstand at the Dall'Ara stadium. His wife, Martina Rubino, born in the rich Emilian province, in 1992 and although she is equipped with an Instagram profile that updates her husband's travel pictures, attending matches, she prefers a low key personal life when it comes to her, not from classic wag to be clear. 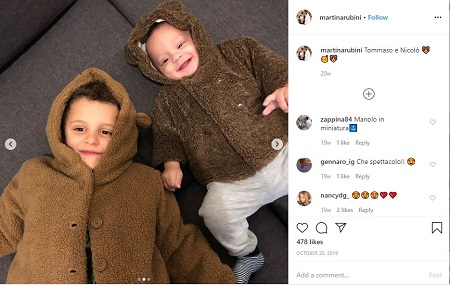 Besides, Gabbiadini has an elder sister Melania who is also a football forward and has spent most of her career with AGSM Verona and plays internationally for the Italy women's national football team. He mentions his sister as a formative influence.

Manolo Gabbiadini started his professional career with Atalanta, making his debut on 14 March 2010 in Serie A side. He was sold in co-ownership to Cittadella the following season, where he had spent one season before returning to Bergamo. In August 2012, in a new co-ownership deal, Juventus purchased 50 percent of his playing rights, although he was subsequently loaned to Bologna.

He was traded in co-ownership in July 2013 to Sampdoria, where he scored a personal best of ten goals in Italy's top flight. In July 2015, he was Napoli and later transferred to Southampton during the transfer window in January 2017. He'd moved to Sampdoria in 2019.