A tall, tactically versatile as well as physically strong Daniele Rugani is an Italian footballer who plays for Serie A club Juventus as a center back wearing the jersey no. 24. He also has loan experience with FC Empoli.

Rugani was recently tested positive for coronavirus on March 11.

Who is Daniele Rugani's Girlfriend?

A stunning Italian journalist and former beauty queen, Michela Persico is Daniel's girlfriend. The two are dating for a long time. Their Instagram account is full of their sizzling pictures, which they have captured while they were on their vacations, spending quality time together. 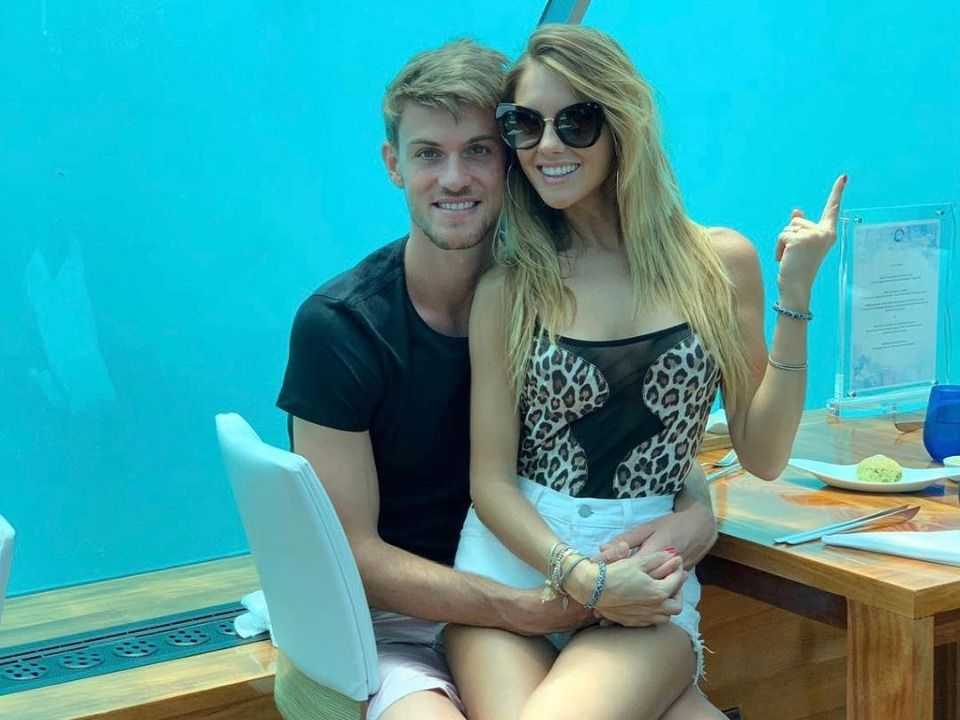 His girlfriend Persico is originally from Bergamo, born on 26 March 1991. She is a graduate of Bergamo University and has acquired a press card publicist.

Daniele Rugani Net Worth and Endorsement

The significant source of Rugani’s earning is football as he has not revealed any information related to any endorsing deal and other business. In 2017, his annual salary was $2.13 million form his club Juventus.

Rugani has an estimated net worth of around $3 million, including all his income and assets. Currently, he resides in Italy. His current market value is $20.58 million. His weekly wage in 2020 is reported to be £61,000 and earns around $4 million in a year.

A native of Lucca, Italy, Daniele Rugani was born on the 29th of July 1994, to mother, Lia Rugani and father, Ubaldo Rugani. His birth sign is Leo. Italian citizen Rugani belongs to white ethnicity.

At the age of 6, Rugani began his football career with Tuscan side Empoli, where he remained with the club’s youth academy for 12 seasons before he was loaned to Serie A giants Juventus in August 2012, for the fee of $176,268. He was a regular starter as an under-20 team member within the side during the 2012-13 season, winning the “Coppa Italia Primavera."

On 31st July 2013, Daniele Ruggani signed a permanent contract with Juventus for a fee $587,560 and then he was sent back to his former club Empoli on a season-long loan deal for 2013-14 Serie B campaign. He finished the season playing 40 matches and scoring 2 goals.

Again, on 18th June 2014, it was announced that the loan extensions agreement would be renewed with newly-promoted Serie A for the 2014-15 campaign. In the season, he added 3 goals for the club, appearing in all 38 clubs league matches.

In the 2015 summer, Rugani made his way back to his parent club Juventus. On 30th September 2015, he made his debut for the club in a 2-0 home victory against Sevilla in the “UEFA Champions League” group stage. On 20th December, he made his league debut in a 2-1 away victory over Carpi.

So far, he has made 72 appearances and scored 6 goals.

Since 2010, Daniele Rugani has represented Italy at various stages. On 5th March 2014, he made under-21 team debut against Northern Ireland in a European qualifier, which was finalized in a 2-0 win. Rugani received his first call-up from his national side on 9th November 2014, for “UEFA Euro 2016” qualifying against Croatia as well as for a friendly match against Albania.

His first cap for his nation was on 1st September 2016, in a 3-1 friendly loss to France. So far he has earned 4 caps for his national side. He has a good bond with Mattia Perin, Stephan El Shaarawy, and Marco Parolo.