Mandy Laddish is a Professional American soccer player, playing as a midfielder for Utah Royals FC in the National Women's Soccer League. Prior to Utah Royals Fc, she has represented University of Notre Dame's soccer team.

Reportedly, the information about Mandy's relationship status is not in the media yet. To find more about Mandy's including Bio, stay with us till the end.

Is Mandy Laddish In A Relationship? Know About Her Personal Life

Exploring her Twitter account, back in 2013, she was seen mentioning a guy named Colin Babcock as her boyfriend, wishing him a happy birthday. However, after that, she hasn't ever mentioned anything about him which doesn't clarify if they are still together or have already broken up! 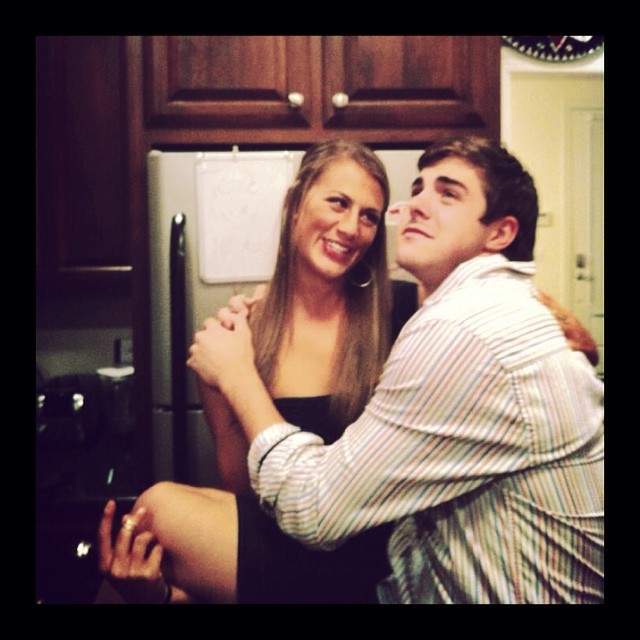 Apart from relationship and affairs, she seems to have a good bonding with her family as she regularly spends some quality time with her parents and siblings.

Mandy Laddish Earnings; How Much Net Worth Does She Have?

Despite being a popular athlete, there isn't any information about her net worth and salary. Additionally, she plays as a midfielder, representing Utah Royals FC in National Women's Soccer League. Reportedly, we have no details about her salary but the reports suggest that the top player can earn up to $46,200 per year while the minimum salary is about $16,538 per annum.

Additionally, Mandy lives a lavish life, as she is spotted spending a vacation in some of the luxurious places. Well, with very less information, we can still conclude that she lives a luxurious life which suggests that she has collected a massive fortune.

Mandy was born on May 13, 1992, in Lee's Summit, Missouri, United States. However, the details about her parents and siblings are not in the media yet. Talking about her racial background, she holds an American ethnicity and belongs to the white ethnic group. Further, she was born under the star sign Taurus.

Talking about her education, she attended  Lee's Summit High School where she played for the varsity soccer team. Later, she attended the University of Notre Dame from 2010 to 2013, earning a bachelors degree in Marketing. Additionally, she has also represented the soccer team of her university.

Mandy currently plays for Utah Royals FC as a midfielder in National Women's soccer league. Prior to Utah, she has played for FC Kansas where she played 39 matches.

Additionally, during the 2014 NWSL College Draft in January,  Laddish was first selected by FC Kansas City 2014. Further, she has also represented U-20 soccer team of the  United States national and was also a member of the championship team at the 2012 FIFA U-20 Women's World Cup

Currently, she is playing along with her teammates such as Katie Stengel, Alexa Newfield, Veronica Boquete and many more.