Mami Yamaguchi is a former Japanese International Soccer player who has 18 caps for the Japanese national team with eight goals in her score sheet.  She plays as a midfielder for the AFC Ann Arbor football club of the USL League Two based in Ann Arbor, Michigan, the United States.

The Japan native was born in Nishitokyo, Tokyo on August 13, 1986. She moved to United to pursue her studies at Florida State University where she played university football. Yamaguchi is the first player from FSU who got her jersey (no.11) retired for the Florida State Soccer.

Net Worth of Mami Yamaguchi

Mami Yamaguchi has an estimated net worth of $100,000, which she accumulated as a professional football player for more than 17 years and which is yet to end. It is really shocking when we compare the Yamaguchi's net worth with a co-captain of the United States Women team, Alex Morgan because the facilities for players in the US are comparatively superior to that of other countries. 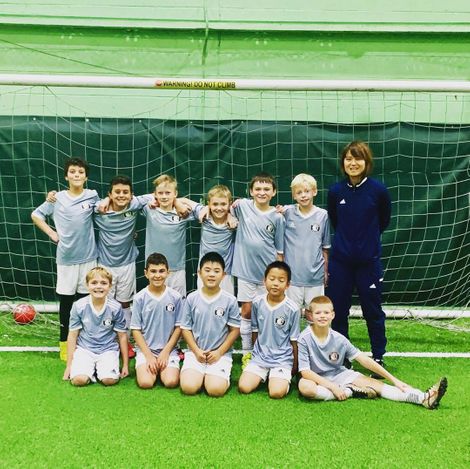 Yamaguchi with her team in her new coaching endeavor SOURCE: Instagram @mamigucchi

Mami's net worth is likely to increase soon if she succeeds in her coaching endeavor, which she seems to pick in her upcoming days as she is among the enlisted candidate for the coaching scholarship provided by a foundation in her new club.

The Japenese Women Football Superstar is very secretive about her personal life. The 33-year-old is still to reveal her personal life, and it is tough to find if she is in any committed relationship. Speculation about Yamaguchi's relationship at her age is most likely, but it mostly depends upon her preference.

Therefore we can conclude that the Yamaguchi is still single and now primarily focusing on her coaching career right after her professional football career ends as a player.

Played for six clubs in 17 years

Yamaguchi played for several clubs before signing up for her current club AFC Ann Arbor. Her professional club football career started when she signed for Nippon TV Beleza, where she played three spells from 2002-2004, 2010 & 2014.

Likewise, she played for Umeå IK, a Swedish top division club for the 2008-2009 season, and in 2010, she moved back to the US to play for Atlanta beat, where she played 22 games and scored one goal. She moved back to Sweden to play for Hammarby who played in Swedish second division league for women in 2011 and played just 11 games with no score 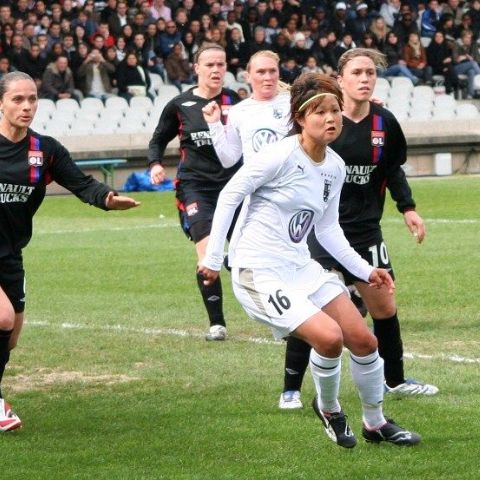 In the 2012-2013 season, she returned to Japan to play for Okayama Yunogo Belle, which was competing in the Japanese Women Top-flight Competition. During her stay in Japan, she reunited with her old club Nippon TV Beleza in 2014.

After her short spell there, she was away from club football for nearly three years. She again joined her current cub AFC Ann Arbor in 2019, where she got enlisted in the coaching scholarship from The Mighty Oak Youth Project.

Yamaguchi played for the Japanese national team form 2007-2011. She made her debut against the United States on July 28, 2007. Her presence in the Japanese women team was magical, but it took her quite a while to score for the team, which she did in 2009 in a friendly match against France, which Japan won (4-0). 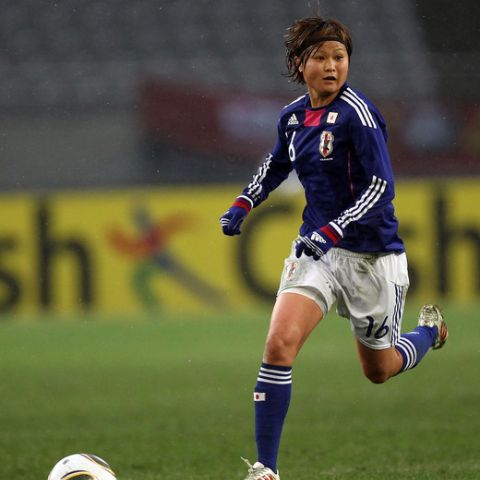 2010 was the best year for Yamaguchi in the national team as she made 14 appearances she scored five goals. Her las apperance in the Japenese women national team was in 2011 while the team was competing for the 2011 Algarve Cup in Portugal. The Japanese women team ended up in third place, and Yamaguchi scored two goals against Finland in their first match.

In 2007 Yamaguchi was recognized as the ACC Offensive Player of the Year and awarded with NSCAA first-team All-America honor and also won MAC Hermann Trophy.  Her 66 points contribution to her country with 24 goals and 18 assists was exceptional, which made her the first Florida State University female player to win the top individual honor in women's soccer.

In the NCAA Tournament, she scored three goals and eight assists tallying her assist total set the all-time postseason school mark plying for Seminoles. The Seminoles' first appearance in the national championship game that year was pivoted by the performance of the junior forward.

Yamaguchi set the record with at least one goal scored in seven consecutive contests finishing the season registering point in 22 games out of 26 the Seminoles played. At the end of the year, Yamaguchi held the FSU single-season records for points, goals, and assists and also set the school record for points in ACC(15).

Her three hat tricks in 2007 led her to become the first Seminole to register three, three-goal games in a career.