Malik Allen is a well-known American former professional basketball player. He has been working as the assistant coach for the Miami Heats since 2019. Malik played in the NBA for more than twelve years as a Power Forward. He was undrafted him in the 2000 NBA draft.

Malik Allen was born Malik Omar Allen on June 27, 1978, in Willingboro Township, New Jersey. He is the son of Tracey Allen and her husband. Allen graduated from Shawnee High School and then enrolled at Villanova University. Malik stands six feet and ten inches tall and weighs 116 kg.

Malik started playing basketball in High School. After graduating from High School, Malik committed to play basketball for the Villanova University. He did not have much success with the team and listed his name for the 2000 NBA draft after graduating from the University. However, Malik remained undrafted in the league and began his career in the ABA with the San Diego Wildfire and in the International Basketball League. 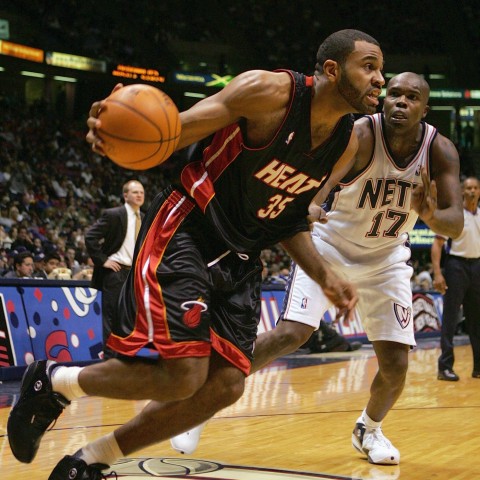 In 2001, Malik signed with Miami Heats and remained with the team until 2005. Chicago Bulls signed him a two-year deal on September 2, 2005. Over two seasons with the Bulls, Allen played in 114 regular season games making 21 starts, and averaged 4.5 points and 2.3 rebounds per game. In 2007, He moved to New Jersey Nets for a season.

In 2008, Allen moved to Dallas Mavericks but was soon traded to Milwaukee Bucks. In the next three years, Malik signed with two more franchises and ended his NBA career with Orlandi Magic in 2011. After retiring from the NBA, He remained out of the game for some time and joined Detroit Pistons as their new assistant coach. Allen moved to Minnesota Timberwolves for a season and then moved to Miami Heat in 2019 and worked with Chris Quinn.

Know About Malik Allen's Net Worth, Salary, and Contracts

Malik Allen has an estimated net worth of more than $10 Million. He has accumulated most of his net worth through his career in the NBA as a player and assistant coach. Allen $4.5 Million four years deal with the Heat in 2001. He moved to the bulls in 2005 and signed a $3.5 Million deal.

In 2007/8, Dallas signed him with a $998,398 contract for a year. In the last two seasons, Malik moved to three franchises earned more than $3 Million. The average salary of an NBA assistant coach currently working in the states is more than $400,000.

Who is Malik Allen Married To? Know About His Wife and Children

Malik tied his wedding knot with Kara Allen. They love birds had a private wedding ceremony and are yet to share much information about their marriage in public. Allen has become successful in keeping his personal life away from the media.

Shortly after the wedding, the duo was blessed with a son, Dante. The family of three extended to four after the birth of their daughter, Maya.  The family of four is living a happy life.