Maki Pitolo aka "Coconut Bombz" is an American Mixed Martial Artist who recently signed with the Ultimate Fighting Championship (UFC). Prior to UFC, he fought at Dana White Contender Series, Bellator, VFC, and many more. Associated with West Oahu MMA, he fights in the Welterweight division in the UFC.

Pitolo was born on 24 November 1990 under the star sign Sagittarius. He was born in Nanakuli, Hawaii, United States.

The Hawaii native has recently signed with the UFC. He made his UFC debut against Callan Potter at the UFC 243 on 5 October 2019 where he received a salary purse of $13,500. The fight, however, was not in his favor as he lost by unanimous decision.

Furthermore, Pitolo started his professional journey since 2013 and has fought many veterans in the process. He has a total of 17 professional bouts in his career and has managed to earn a decent amount of sum from his professional bouts. UFC is known to be the highest paying promoter in the industry because of its sponsors and Pitolo who just recently began his journey in the UFC will certainly accumulate some big amounts if he performs well in the upcoming fights. 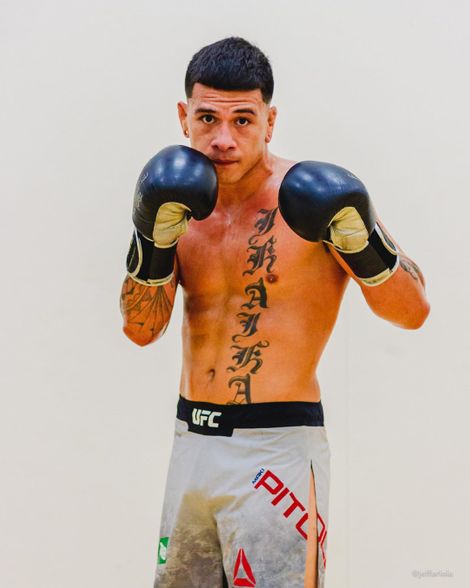 In addition to the salary, the fighter receives sponsorship deals and endorsement deals that help them generate more cash as a part of their income. As he has recently signed by the UFC, he would receive more brand deals from different companies.

Although earning a little from his profession, he still lives a happy and fulfilling life with his family and enjoys everyday life.

The 5-foot-9, 170 lbs is a married man. He is married to his longtime girlfriend Chasity Pitolo. Although the details regarding their relationship has not been mentioned by Maki, they tied the knot on 23 February 2019. The couple is living a happy life together and is blessed with two children who were born prior to their marriage life. They are Miyan Pitolo and a son, Madyx Pitolo (born 28 October 2017). 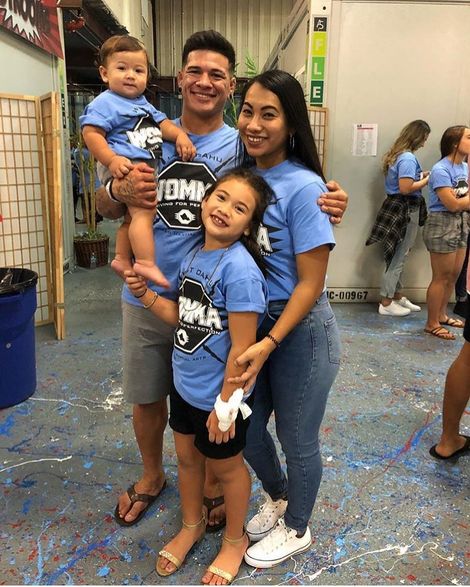 The family of four is living a happy life together celebrating various occasions with the family. Maki is often sharing pictures of them on his Instagram celebrating their birthdays and anniversaries.

The 29-year-old has a Pro MMA record of 12-5-0 (win-loss-draw). Heading towards the UFC, he lost his debut fight but has already begun preparation in his next fights against CharlesByrd at the UFC 250.

The venue for the event is yet to be announced as the previous venue and date was moved due to the recent case of the corona pandemic (COVID-19). The event will take place somewhere in the United States on 6 June 2020.