Makenzy Doniak is an American professional soccer player who is currently playing for the  Chicago Red Stars of the National Women's Soccer League (NWSL) as a forward. Earlier, she played for the Utah Royals FC, North Carolina Courage, and Western New York Flash as well as a loan stint with  Adelaide United and HB Koge.

Chino Hills, California native, Makenzy Doniak was born on 25th February 1994, under the star sign. The twenty-seven years old holds an American nationality and is of white ethnic background. She stands 5 ft 8 in (1.73 m) tall.

On February 23, 2018, Courage announced that Doniak had torn her ACL and would miss the entire 2018 season.

On 28th June 2018, Dooniak was acquired by the Utah Royals from the Courage in a trade that sent the rights for Heather O'Reilly to North Carolina.

On 19th December 2019, Doniak was traded to the Chicago Red Stars in exchange for Chicago's second-round draft pick in the 2021 NWSL College Draft.

At the International level, she has represented the United States U20 and U23.

How Much Is Makenzy Doniak's Net Worth In 2021?

It's been five years that Makenzy Doniak is in professional football. Starting with Western New York Flash in 2016, she has also played for North Carolina Courage and Utah Royals FC and now signed to Chicago Red Stars of NWSL. Her annual salary is five-digit.

Like other athletes, female soccer players also have sponsorship and endorsement.

As of 2021, Makenzy Doniak's salary is under review.

There is less to no information about Makenzy Doniak's love life in the media. Her low-key personal life has made the public even more curious. Let's hope she will reveal her boyfriend very soon. 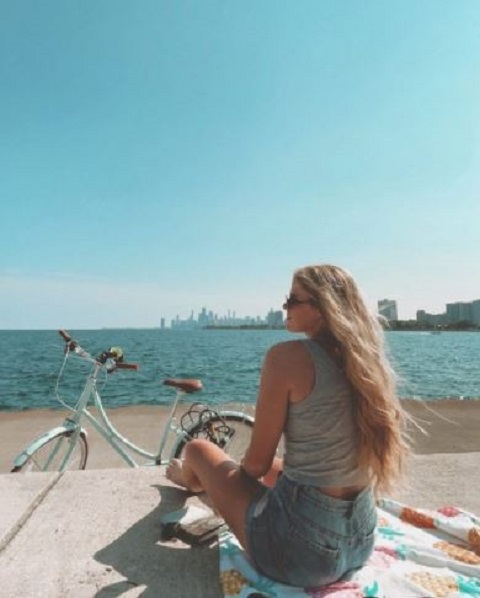 Doniak is active on Instagram with 3,929 followers. She shares every bit of her life there from her vacations to best friend to family all we cane find there but not just her boyfriend, Since, there is no confirmation, she is believed to be single.