Makana Baku is a professional German footballer who plays as a left winger for Ekstraklasa club Legia Warsaw. Apart from playing as a left winger, he has also played as a right winger and center-forward. Since joining the club on July 2, 2022, he has been playing actively for Legia Warsaw, and his contract with the current team expires on June 30, 2025.

Furthermore, Baku comes from an athletic family background as his twin brother Ridle Baku is a professional football player who plays for Bundesliga club VfL Wolfsburg and the Germany national team. Not to mention, Baku is one of the most prominent players on his team, and he has helped his squad to win various titles too. In addition to that, Baku has also played for multiple teams in the past.

Makana Baku Salary and Net Worth

According to Transfermrkt, Baku's market value is €700Th while his highest value was €1.00m on October 12, 2021. As we know, he previously played for multiple teams and had a fair deal with them. While moving from Sonnenhof-Gr to Holstein Kiel, his market value was €400Th, and his transfer rate was €300Th. 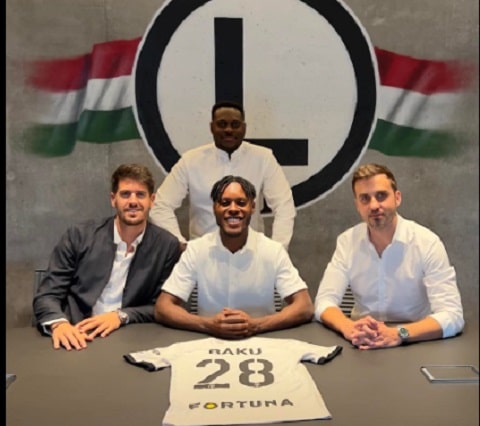 Makana Baku after signing a deal with his team SOURCE: Facebook @makanabaku.10

When Baku joined Warta Poznan, his market value was €600Th. In this way, Baku has amassed a decent fortune from his football career. Apart from that, Baku is associated with EMG Mundial and may profit more from sponsorship and endorsement deals.

Personal Life: Does Baku Have A Wife or A Girlfriend?

The young player appears to be focused on his career at the moment as there are no details about him being involved in any romantic affairs. So, Baku does not have a wife or a girlfriend. None of Baku's social media posts hints about having a partner. So, it is believed that Baku has never dated anyone in the past as none of the verified sources have shared the news. 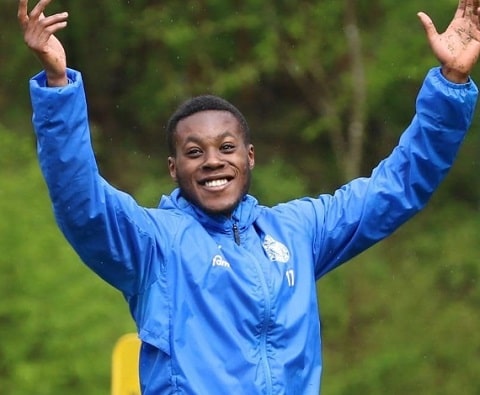 In the same way, Baku is also a private person like many other athletes. So, rather than sharing everything with the tabloids, he prefers keeping it a secret. From this, it becomes clear that Baku is highly aware of his privacy and does want to expose information as he does not wants to get involved in unwanted controversies.

However, Baku may provide some news in the future as his fans and well-wishers have been eager to know about it for a long time.

Makana Baku was born Makana Nsimba Baku on April 8, 1998 in Mainz, Germany making his age 24 years as of 2022. His parents of Congolese descent raised Baku alongside his twin brother Ridle Baku. His father, Lutumba, was also engaged in the sport as he played with Jurgen Klopp at Mainz in the 1990s.

Apart from that, Baku holds German nationality and stands at an average height of 5 feet 8 inches (1.72 m). Regarding his brother, Ridle has been playing for the team of Bundesliga side VfL Wolfsburg since 2020 and has already made over 65 appearances. Similarly, they have another brother named Kokolo Baku, who plays as a center-forward for SV 07 Bischofsheim.

Starting with his early days, Baku played for Mainz 05 from 2007 to 2015. After that, he played for SV Gonsenheim. After spending the 2015-16 season at SV Gonsenheim, Baku moved to SG Sonnenhof Großaspach. Representing the team from 2017 to 2019, he appeared in 66 games and scored five goals.

Likewise, Baku got a chance to play for another team, and in June 2019, it was revealed that he would join 2. Bundesliga side Holstein Kiel with a three-year contract. With the respective team, Baku made 20 appearances and scored four goals. For the 2021 season, Baku was loaned to Warta Poznan, with whom he made 13 appearances scoring six goals. 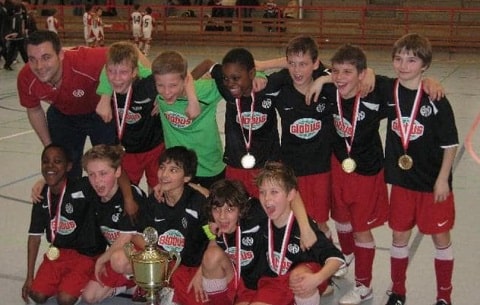 Similarly, Baku got an opportunity to play for Goztepe and played in 20 games, has two goals. Finally, on July 2, 2022, he joined Ekstraklasa club Legia Warsaw. Apart from playing for the club, Baku has also represented the national team. In 2018, he made two appearances for the German U20 team; the following year, he played in three games representing the U21 squad.

Is Baku Active On Social Media? Besides that, Baku appears to be more active on Facebook, and his accounts on Facebook & IG are verified. Baku made just made a few posts on IG. So, we can follow him on Facebook and Twitter to get more updates about his professional life.

Some Facts About Makana Baku