Mackenzie McDonald is a rising Asian-American professional tennis player. He has been playing professional tennis games since 2016. McDonald won the 2016 NCCA Division Men's Tennis Championships in both singles and doubles. He turned professional right before his senior year at UCLA. The player is yet to win a major title on his own.

Mackenzie McDonald was born Michael Mackenzie Lowe McDonald on April 16, 1995, in Piedmont, California. He is among the two children born to Vivian Young and Michael McDonald. His father is an oral surgeon. The player has a sister named Dana Jones, who was a gymnast and graduated from UCLA. He is of Chinese, Scottish, and English descent. After graduating from High School, McDonald enrolled at UCLA but left before graduating. Talking about his physical appearance, Mackenzie stands five feet and ten inches tall and weighs 73 kgs.

How Rich is Mackenzie McDonald? Know About His Net Worth and Career Earnings

Mackenzie McDonald, who is a young golfer, is at the beginning of his career. He has competed in few events and has a long way to go and earn in his career unlike some popular golfers like Tiger Woods and Rory McIlroy. He has an estimated net worth of $1 Million. 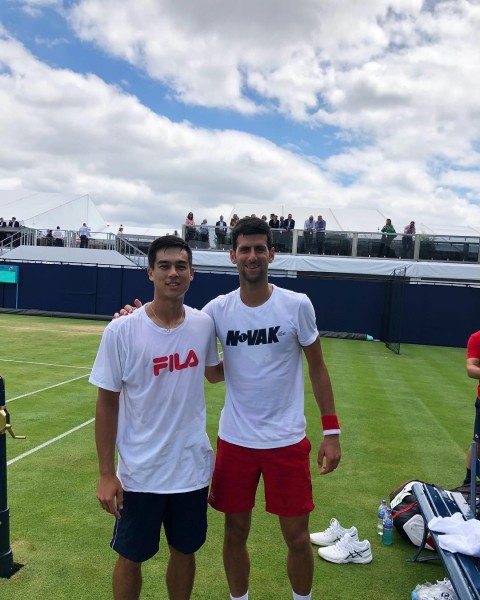 Last season, McDonald earned $99,000. He is very much early in his career and shall be making much more in the days to come. The tennis player has earned $12,000 from the ATP event. Mackenzie has earned a total of $1,440,990 from his professional games as his prize money.

Who is the Mackenzie McDonald's Girlfriend?

Mackenzie is an active social media user. He keeps updating his fans about his games and his personal life. Following his posts, we can be sure that Mackenzie is in a romantic relationship with his longtime girlfriend,  Chanelle Van Nguyen. The love birds have been together for almost two years. the couple met each other at UCLA and have been together ever since. 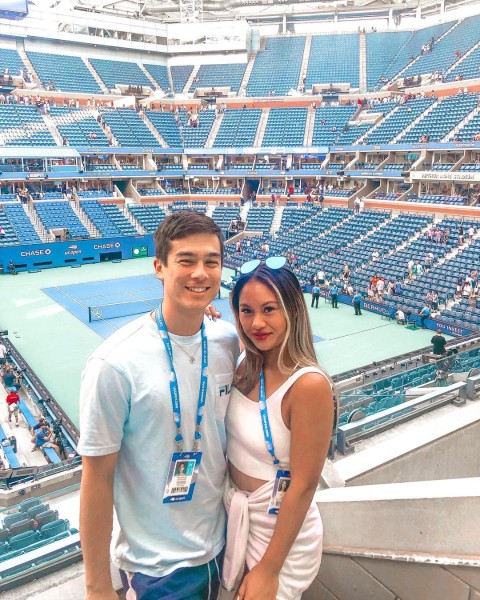 Mackenzie with his girlfriend at a tennis event SOURCE: [email protected]

Mackenzie and Chanelle were just close friends initially, but it did not take much for this friendship to turn into a relationship. Chanelle is also a Tennis player. She has won NCAA Champion and was included in the All-American twice. Both of them are very supportive of each other and can be seen regularly in each other's Instagram.

McDonald did not even think of graduating and turned professional in 2016. In his amateur career, He won the 18s singles title at the 2012 Easter Bowl. The tennis player was ranked at number 12 in Junior Rankings. Mackenzie won the  Division I Tennis Team Championship. In 2016, McDonald entered into the US Open through a wild card but lost in the first round.

Mackenzie won his first ITF Pro Circuit title at USA F29 Irvine Futures. In 2018, he won the Seoul Challenger against Jordan Thompson. The following season, Michael reached the final of the Dallas Challenger but lost in the final. He has a good time at the Australian Open 2021, being the lowest-ranked player remaining in the match.