Lydia Jacoby is a professional swimmer representing the USA and the winner of 100m breaststroke in Olympic Games Tokyo 2020 at just 17 years of age. She is currently associated with Seward Tsunami Swim Club.

She mainly competes in breaststroke and individual medley events. The 17-year-old teenager was also ranked 16th in the US for 100 breaststrokes in 2019.

Lydia Alice Jacoby was born on February 29, 2004, in Anchorage, Alaska U.S., and grew up in Seward, Alaska. Her father's name is Richard Jacoby and her mother's name is Leslie Jacoby. According to Richard,

“We live in a harbor town and Alaska’s a water state and we’re boat people. Our motivation originally was just to make sure she was comfortable in the water, knew how to swim.”

Lydia started swimming at the early age of 6 years old. Along with it, she had an interest in singing and playing guitar too. She went to Seward High School where she swam for the school team. In 2016, she broke her first Alaska state record when she was just 12 years old. 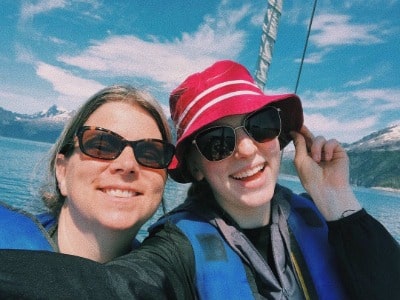 The multitalented lady went to Seward High School located in Seward, Alaska, US. She has not completed her high school yet and going to return for her senior year in Autumn 2021. During her junior year at Seward, she set a new record for Alaska in 2018 and 1019.

What is the Net worth of Lydia Jacoby?

As per the sources, the net worth of Lydia Jacoby can be estimated to be 100,000 approximately. Though she has never talked about her net worth, there are no official statements regarding her market value. However, we can guess, the teenager's monetary worth is more than an average 17-year-old. 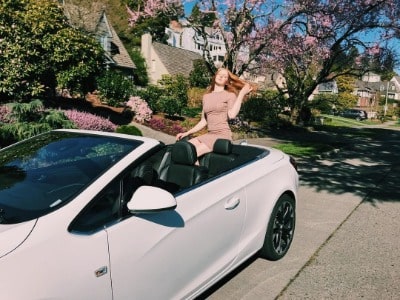 She has already won a gold medal in Olympics in Tokyo 2021. It means  USOPC (United States Olympic and Paralympic Committee) will pay her $37,500 for winning the medal. There is more for her silver in a 4x100m medley.

Being an Olympic gold medalist, it is sure that her earnings will be rising in the coming days. Since more brands and endorsements deal is going to come in her way and of course, her bonuses for participating and winning a medal.

Is the Lady swimmer dating anyone?

As f 2021, Jacoby is just 17 years old and is not in a relationship with anyone. She has never posted photos with any partner on her social media but frequently posts photos with her family and loved ones.

She is early on in her career and focusing on her career rather than being in committed relations. Or it might be that, she likes her love life behind the camera.

However, seeing her comments on Instagram, there is no doubt that many boys are attracted to her appearance and aren't scared of flooding her Insta with love comments.

After winning the gold medal in Olympic Games Tokyo, her achievements have reached a new height. However, she is not free from controversy.

The question arousing with her fans is 'Is Jacoby Jewish'? Her last name, Jacoby refers to Jewish origin with the meaning "who supplants".

Whatever may be her origin, there is no one to stop her from winning more gold medals in international competitions.