Besides, Suarez has been representing the senior team of Uruguay since 2007 and has earned over 135 caps. Also, he has been a part of multiple clubs and helped them win many titles. Suarez has won Eredivisie Golden Boot and a Premier League Golden Boot. The Uruguayan striker has scored over 500 career goals.

The Nacional striker makes all of his earnings from being a professional footballer. He has already played for many years with multiple clubs, and with them, he had huge deals. Currently, Suarez is estimated to have a massive net worth of over $75 million. 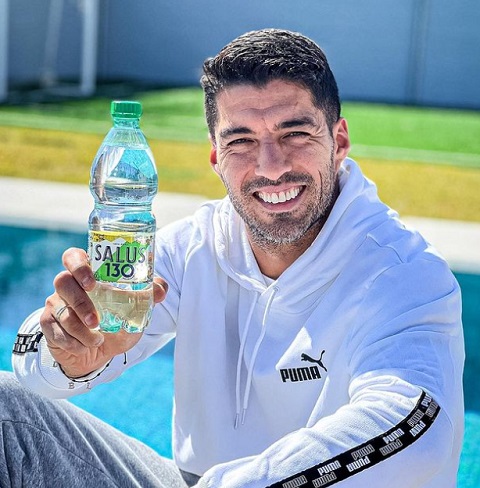 Likewise, Suarez prominently played for Barcelona, and when he signed a professional deal with them on July 11, 2014, he received a whopping €81.72 million. Before that, Suarez also played for Liverpool. So, his current market value is €4 million, while it was €90 million recorded on November 22, 2015. Besides, Suarez also makes money from brand endorsement, and his present deal is with Puma.

Moving into his love life, Suarez is a happily married man. He has been married to his wife, Sofia Balbi, for a long time. Balbi and Suarez were young when they knew each other. When Suarez was just 15 years old, he began dating Sofia. During that time, they were in Montevideo. In 2003, the Balbi family moved to Barcelona.

Later, Suarez and Balbi reunited as he went to Europe following his career. After dating each other for some years, the lovebirds tied the knot in 2009 in Amsterdam, Netherlands. Just after one year of marriage, the couple welcomed their first child, a daughter named Delfina. 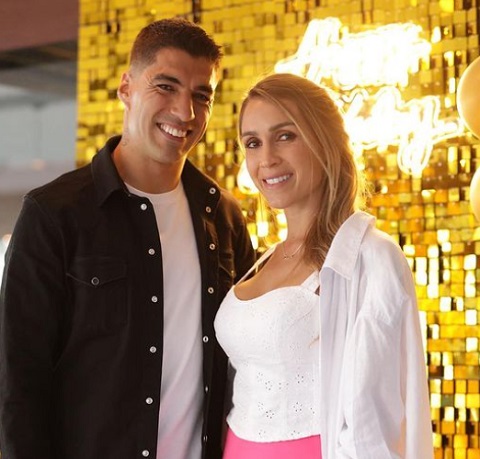 Likewise, the family was increased when their son, Benjamin, was born in 2013, and Lauti was born in 2018. The family of five lives happily, and we can find their snaps on Instagram, where Suarez is verified as @luissuarez9.

Suarez was interested in playing football from an early age. So, his football career began in 1991 after joining the youth system of Artigas de Salto. After playing with them until 1994, he moved to play with Urreta. From 2001 to 2005, Suarez played for Nacional's youth team.

While representing the senior team of Nacional, he appeared in 27 games and scored ten goals. For the 2006-7 season, Suarez appeared with Groningen in 29 matches and netted ten goals. Later, Suarez received an offer to play with Ajax. He scored 81 goals in 110 games with Ajax. From 2011 to 2014, Suarez represented Liverpool and played in 110 games scoring 69 goals. 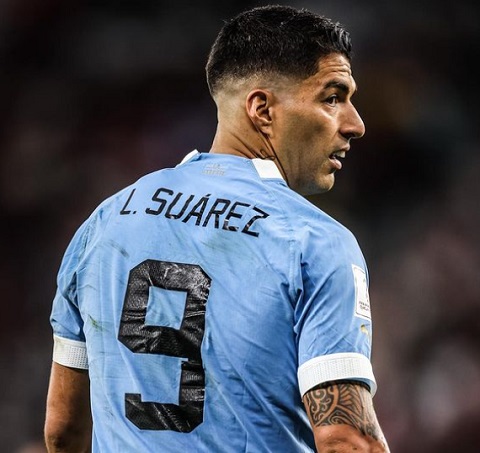 In 2014, he joined Barcelona and played with them until 2020. In total, he appeared in 191 games and scored 147 goals. For two years, he also played for Atletico Madrid. Since July 27, 2022, he has been playing with Nacional. Besides that, Suarez is also a national player who has been representing the senior team of Uruguay since 2007.

He also played in FIFA World Cup 2022, but the Uruguayan team has already been eliminated.

Luis Suarez Is a Native of Salto

Luis Alberto Suarez Diaz was born on January 24, 1987, in Salto, Uruguay. He was raised alongside his six brothers by their parents, Sandra Diaz and Rodolfo Suarez.

In addition, his brother, Paolo Suarez, is also a retired footballer who played as a midfielder for multiple teams.