Lucy Elizabeth Staniforth, a.k.a. Lucy Staniforth is an English footballer who is currently signed to Birmingham City as well as England national team as a central attacking midfielder. A professional since 2007, she has previously played for Sunderland, Notts County, Bristol Academy, Liverpool, and Sunderland.

Hails from York, England, Lucy was born on 2 October 1992, under the star sign, Libra. Former England coach Mark Sampson described her as: "one of the best young players in Europe."

Lucy Staniforth Net Worth & Salary As Of 2020

Birmingham City NO. 37 midfielder, Lucy Staniforth has an estimated net worth of $0.5 million as of 2020. Moreover, her annual salary from the club is reported $43,387. 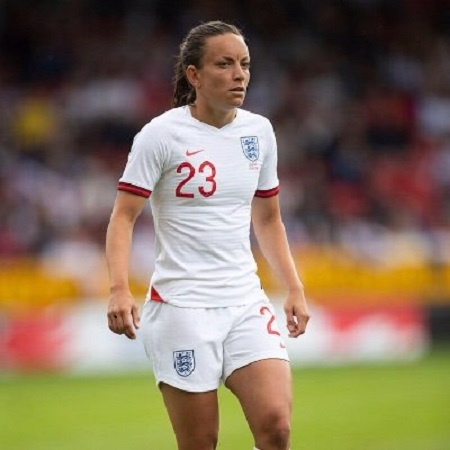 Lucy is under a two-year-deal with Birmingham City W.F.C. SOURCE: Twitter

Besides, England internationals have been paid its players through central contracts. As reported Lucy including other players have been awarded central contracts which pays separately from their club contracts. Each of them is paid a minimum of £25,000 a per annum, rising to £30,000 through things such as appearance bonuses.

Furthermore, sponsors and endorsements play a vital role in footballers' revenue. However, Lucy has not to reveal about her endorsement deals yet.

The attacking midfielder, 37, for Birmingham City is openly lesbian. Currently, she is in a relationship with Laura Wilson. The duo started dating since 2016. 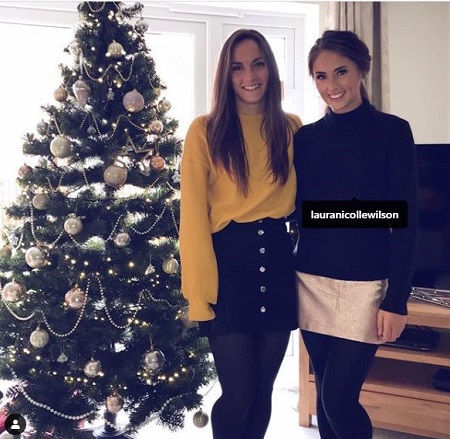 Lucy Staniforth and her partner celebrating their first Christman together in 2017 SOURCE: Instagram @lucystan37

Her girlfriend, Laura, is an inclusion officer for Coventry City, who happens to be her number one fan and often visits during matches to cheer up her partner.

Comes From A Footballing Family

Staniforth is a daughter of Gordon Staniforth, an English football coach and former player who played in the Football League for Hull City, York City (two separate spells), Carlisle United, Plymouth Argyle, and Newport County. Further, her brother, Tom, was also a footballer for Sheffield Wednesday but died at the age of 20.

Throughout her career, Lucy has worn the shirt no. 37, which is Tom's old Sheffield Wednesday shirt number. After scoring the first goal in Lincoln's 3–0 WSL victory at Doncaster Rovers Belles, she revealed a jersey is paying tribute to her brother, Tom on the tenth anniversary of his death.

After representing England U-17, U-19, U-20, and U-23 team, Staniforth earned her first call up to the senior England squad for the 2019 FIFA Women's World Cup qualifying match against Russia at Sapsan Arena. On 4 September 2018, she earned her first cap playing in a qualifying match against Kazakhstan at the 2019 FIFA Women's World Cup.

In the 2019 SheBelibes Cup, Staniforth scored the opening goal, helping the Lionesses beat Japan 3-0 win playing alongside Ellen White, Keira Walsh, and Steph Houghton, which was the team's international tournament for the first time.