Lorenzo Sanz was a Spanish businessperson who was the president of the Spanish football club, Real Madrid, and owner of Malaga. During his youth, he played for several minor Madrilenian league teams, including Puerta Bonita. However, he did not go professional with playing instead found success as an astute businessman and made his fortune in real estate and construction.

Lorenzo Sanz's net worth at the time of his death was calculated over $5 million. Not to mention, he built his wealth portfolio in real estate and construction. He was at the head of the Costa del Sol club before selling to Qatari owners in 2010, for a sum of €50 million. 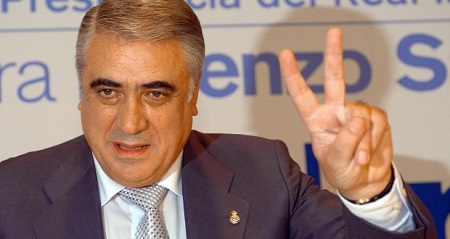 Lorenzo's net worth at the time of his death was calculated $5 Million SOURCE: The Irish Times

Back in mid-2005 to early 2006, Sanz was negotiating with Italian club Parma in Amministrazione Straordinaria to become the club's new owner, who was asked for €27.5 million. Sanz had seemed the most potential buyer of the club in August 2005 after making an initial payment of €7.5 million ($9.07 million) on the full price of €27.5 million.

However, he failed to pay the outstanding €20 million. Because of his withdrawal from the deal, the rest of the sum of €20.5 million, Lorenzo Sanz Senior and Lorenzo Sanz Junior lost much of their credibility.

Lorenzo Sanz Survived by his Wife and Five Children 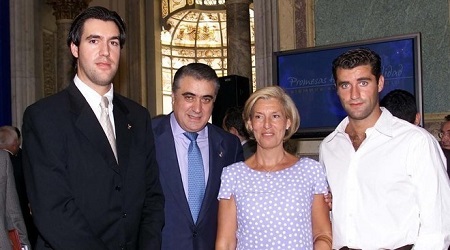 Lorenzo Sanz with his sons Lorenz.o and Paco and his wi SOURCE: Goals News

Among five, the eldest, Lorenzo, opted for basketball to develop his professional career. After spending two seasons with the Lafayette Leopards, he went to Las Rozas basketball club and spent two seasons at Real Madrid. After a modest basketball career, he retired in 1999.

Cause Of Death: COVID-19

Sanz, 76, was taken to hospital on Tuesday, with newspaper El Mundo saying he had been suffering from the novel coronavirus. His son said he had a respiratory disease. Sanz died on the evening of 21 March 2020 at the age of 76.

Here is a list of athletes and sports personalities tested positive with COVID-19.

Born as one of ten sons, Sanz's father was the guardian of El Retiro Park. Lorenzo dedicated himself to being an errand boy in a hairdressing salon and selling water in the vicinity of the white club stadium with his grandmother from his young age.

Later the family relocated to Carabanchel, where he started as goalkeeper in several regional third teams such as Puerta Bonita.

From Wallpaper Company to Real Madrid

Lorenzo Sanz took his first steps in the business world with a wallpaper company. Further, he collaborated with several publishers as an advertising agent and in 1963, and he had already bought the furniture magazine and the printing press in which his twenties published it.

Passionate about the world of horses, he chaired the Association of owners of Racing Horses in 1982. Later six years, he headed the Society for the Promotion of Horse Breeding. After being in the field for some time, he started to acquire real estate and managed the Zarzuela racecourse and the Real Madrid cafeteria at a time when the club's president was Ramón Mendoza (from 1986 to 1995). 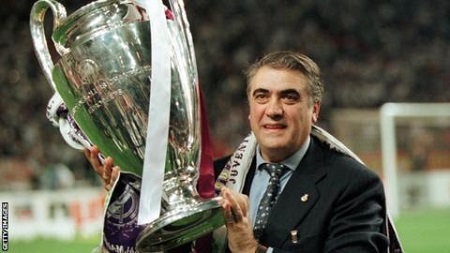 At that time, Sanz became a vocal and later vice president until he became president in November 1995. He held the position for five years, conquering two Champions, an Intercontinental Cup and a Spanish Super Cup.