Loren Cristian Jackson is a rising American basketball player. He has listed his name for the 2021 NBA draft was undrafted in the league. Loren played college basketball for the University of Akron in the Mid-American Conference. In his junior year, Loren was named First Team All-MAC and All-NABC and to Lou Henson All-American Team.

Loren Cristian Jackson was born on December 15, 1996, in Chicago, Illinois. He is among the four children born to Loren Brian Jackson and his wife, Paula Jackson. Cristian has two brothers, Tommy Rush and Mac Koshwal, and a sister, Ai-Ja Jackson. Jackson graduated from Victory Rock Preparation High School and enrolled at the Long Beach State University, graduating in business administration. Talking about his physical appearance, Loren stands five feet and eight inches tall and weighs 73 kg.

Loren started playing basketball in middle school. He was part of the High School basketball team. In his senior year, Jackson averaged 22.2 points and 7.3 assists per game. Cristian led his team to a 27-6 overall record as the starting point guard. At the end of High School, Jackson was a three-star prospect rated as the No. 9 prospect from Illinois in the 2016 class. 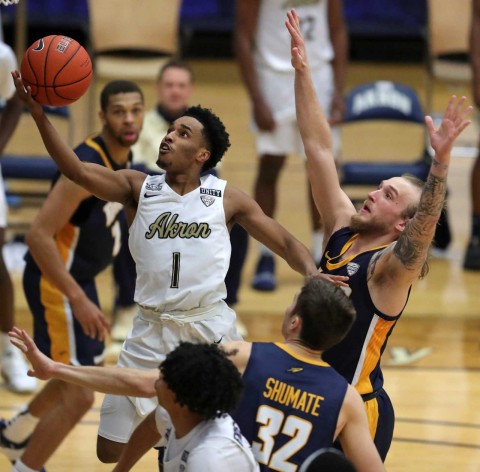 Loren played for the University of Akron in Mid-American Conference SOURCE: Getty Images

Cristian received numerous offers but chose to play basketball for Long Beach State University. He was part of every game in his freshman year and a career-high with two assists at North Carolina. Jackson was not satisfied with his seasons with the University and then moved to the University of Akron for his sophomore year.

Loren had to redshirt his whole sophomore year due to the NCAA rules. In his junior year, Cristian started in thirty-three games for the Akron Athletics. He averaged a second-best 13.9 points per game while scoring 460 total points. Also, Jackson ranked in the Mid-American Conference Top 20 and was named to the Cayman Island Classic All-Tournament team. In his senior year, he notched 1,000 career points at Akron and averaged 19.8 points and 4.5 assists per game.

Loren listed his name for the 2021 NBA draft but was undrafted. His father had worked on a deal with Chorale Roanne Basketball in the LNB Pro A.

Yes, You read that right. Jackson is the proud father of a daughter. Loren is involved in a romantic relationship with his longtime girlfriend, Heather. The duo has been dating each other for more than four years. It seems like they first met each other while they were in High School. 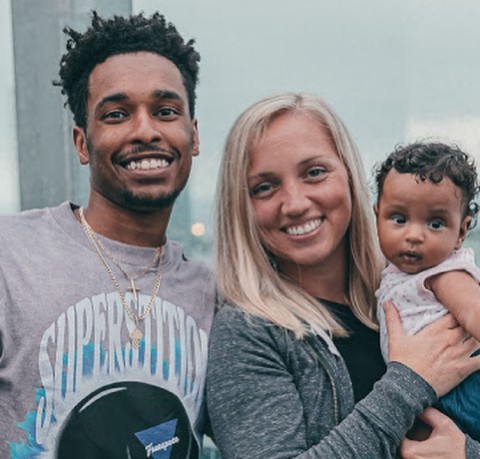 Loren shares a photo with his partner and daughter SOURCE: [email protected]_loren3

Loren Cristian Jackson has an estimated net worth of more than $1 Million. He is about to start his professional career in the basketball league of France. Jackson was undrafted in the 2021 NBA draft. Loren has not shared about his contract with Chorale Roanne Basket. Cristian is very much early in his career and will be making millions.