Lester Quinones is a Dominican-American college basketball player who plays for the Memphis Tigers of the AAC. Before that, he played a postgraduate season at IMG Academy.

The 19-year-old basket player was born on November 16, 2000, in New york. He stands 6 ft 5 in tall on the ground and weighs 95 kg. He zodiac sign is Scorpio and comes from a white ethnic background. After joining a reputed basketball program in 2018, he became teammates with Precious Achiuwa.

Still, a young promising player, Quinones, is pursuing his basketball career to the NBA, a men's professional basketball league in North America. Once he climbs the ladder to the NBA, Quinones will start earning millions of dollars, including endorsement deals. 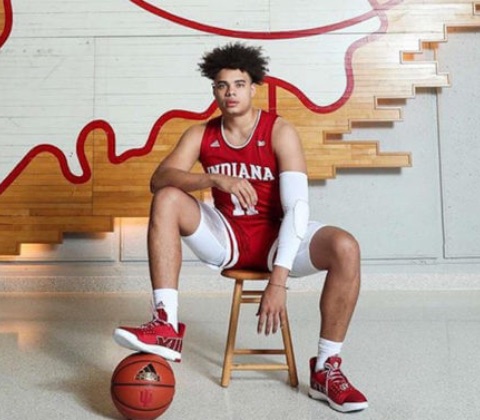 Quinones after joining Memphis receives stipends to cover up his tuition fees and other expenses, including housing facilities.

Is Lester Quinones in a relationship or single?

Lester Quinones has no record of being in a relationship as of now. The 19-year-old is still a college student. Maybe his lack of interest in a relationship is because he dreams of playing in the NBA as every promising player does. 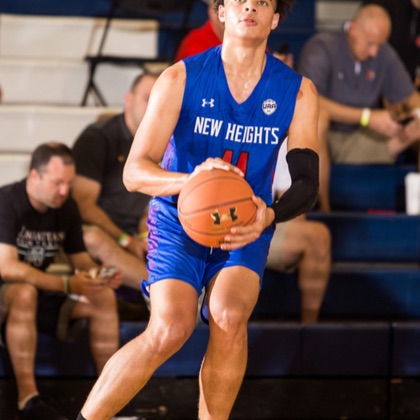 Quinones gets ready to shoot SOURCE: Under Armour Association

When asked about the basketball culture in Brentwood, he said, "Living in Brentwood, there’s a lot of basketball, whether it’s outdoors or indoors, everybody wants to play ball, and they’re dreaming of playing in the NBA someday, so me just working out the extra hours, while everybody else is out partying, chilling and all that stuff, I’m just in the gym, lifting weights, doing all of the extra stuff I gotta do.”

Born in Brentwood, New York, Lester started playing basketball at the age of 10. He gives credit to his father for his interest in basketball.

He attended Brentwood High School but soon transferred to Upper Room Christian School in Dix Hills, New York, as a junior where he averaged 19.3 points per game and was eventually named to the 2017 Long Island Basketball honor roll.

Lester Quinones has received many credits for his performance. When Quinones helped his high school team reached the top-10 ranking by Maxpreps hee was named to the 2017 Long Island Basketball honor roll.

Video: Quinones shows up what it takes to be great

During his college career, Quinones had his first double-double in 2019, recording 21 points and 10 rebounds in a win over Alcorn state and as a result, he was named American Athletic Conference Freshman of the week on November 28.

In his national team career, he averaged 17.5 points, 6.3 rebounds, and 3.5 assists per game in six games leading his team to sixth place.