Lesley Visser is a well-known American sportscaster. The multi-talented sportscaster is also a Radio-TV personality and a sportswriter. Lesley has been working in the industry for more than four decades. Visser first female NFL analyst on TV and the only sportscaster in history to host in almost every game.

Lesley Visser was born Lesley Candace Visser on September 11, 1953, in Quincy, Massachusetts. She has kept her early life and her parents out of the reach of the media personality. Her parents worked as a school teacher and an engineer. Lesley graduated from South Hadley High School and enrolled at Boston College.

Lesley Visser has an estimated net worth of more than $5 Million. The multi-talented sportscaster has earned most of her net worth through her successful career in Television and radio. Lesley likes to keep her economic career out of the spotlight. Visser is among the oldest show host currently working in the States. She must be making millions as her salary. 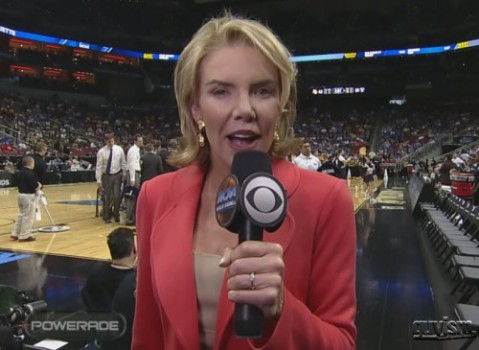 Lesley reports after a game at the NBA event SOURCE: Girl Talk

Some of the top Sportscasters currently working in the states make more than $1.5 Million annually. Visser works for the NFL, MLB, Tennis, NBA and other leagues in the states.

Lesley was first married to Dick Stockton in 1983. The love birds met each other at the sixth game of the 1975 World Series. Both of them were very much supportive of each other. Dick is also an American retired sportscaster. They had been dating each other for more than eight years before their marriage. This happy-looking marriage never remained the same, and they got divorced in 2010. The reason for their separation is still under the radar. 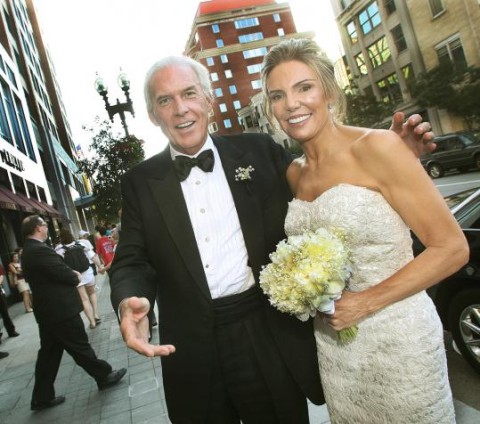 The wedding day photo of Lesley with her husband, Bob SOURCE: Boston

After separating from Dick, Visser started dating businessman and former Harvard basketball captain Bob Kanuth. The duo exchanged their wedding vows in July 2011 at a private wedding ceremony.  Lesley is living a happy married life with her husband.

Four-Decade Journey in the Television

Lesley joined The Boston Globe as their sportswriter in 1974. She worked with the newspaper until 1983 and then moved to CBS Sports working as an NBA reporter. In 1992, Visser became the first and only woman to handle the Super Bowl Trophy presentation. Lesley joined ABC Sports and ESPN in 1993 and started covering the NFL, NBA and Super Bowl events. After spending seven years with ABC and ESPN, Visser returned to CBS Sports reporting for NFL, College Basketball, Tennis, Figure Skating and Horse Riding.

In 2001, Lesley became the first female color analyst for the NFL season. She covered the 2004 Summer and 206 Winter Olympics for NBC Sports. Since 2007, Visser has been writing at CBSSports.com.

Lesley earned her first honor after being named the first female recipient of the Pete Rozelle Radio-Television Award by the Pro Football Hall of Fame. In the next few years, She earned several awards for her name. Visser received an honorary doctorate of Journalism from her alma mater in May 2007. In June 2015, Lesley got inducted into the NSSA Hall of Games. ESPN honored her with the Sports Emmys Lifetime Achievement Award, the first woman to be so honored.