Volodymyrets, Ukrainian SSR, Soviet Union native, Lesia Tsurenko was born on 30th May 1989, under the star sign Gemini. She started playing tennis at the age of 6 when she was introduced to the sport by her parents: Larysa Tsurenko and Viktor Tsurenko. The thirty-one years old holds Ukrainian nationality. She stands 1.74 m (5 ft 9 in) tall.

How Much Is Lesia Tsurenko's Net Worth In 2021? Career Prize Money 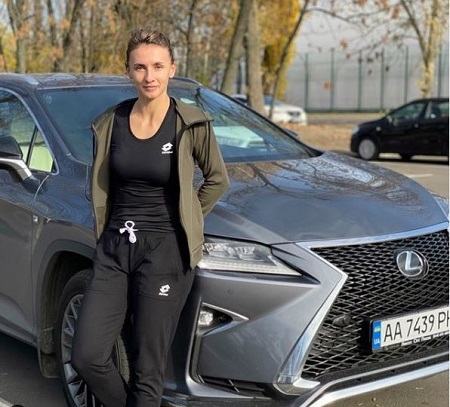 Lesia Tsurenko, through her 14 years long tennis career, has earned $4,618,889 as career prize money. She is sponsored by Lotto, Wilson, Colavita, and many others. As of 2021, her net worth is approximately $4 million.

Lesia Tsurenko has maintained her love life as secret as possible. Though it's been over a decade that Tsurenko is in the media, she has successfully kept herself away from the controversies and rumors about hook up or break up.

Since there is less to no information about Tsurenko's boyfriend, the tennis player is believed to be single. Once she stated, “I have a boyfriend and his name is tennis. It takes all my time” via her Facebook.

Turned professional in 2007, Lesia reached the semifinals of the WTA Premier Brisbane International tournament in 2013. Having qualified for the main draw of the Australian Open, she faced Pavlyuchenkova where she won in three sets. That year, she also reached the third round at the Indian Wells Open as a qualifier, recording a new career-high ranking of No. 60 in the world.

In 2014, she reached the semifinals of the Tashkent Open. In 2015, she won her first WTA singles title in Istanbul, beating Urszula Radwanska in the final. As a result, she reached a career-high ranking of world No. 47.

In 2016, Tsurenko made her first Grand Slam 4th round at the US Open upon defeating Irina-Camelia Begu and Dominika Cibulkova. However, she lost to finalist Roberta Vinci. Later two weeks, she won her second WTA Tour singles title in Guangzhou.

The following season, she won her WTA third singles title in Acapulco, defeating Kristina Mladenovic in the final. With the win, she reached a new career-high ranking of No. 29. In 2018, At the US Open, Tsurenko reached her first Grand Slam quarterfinal, defeating Alison Van Uytvanck, Caroline Wozniacki, Katerina Siniakova, and Marketa Vondrousova. Later, she lost to Naomi Osaka.