Leo Rautins is a well-known Canadian broadcaster. The multi-talented host is also a former professional basketball player and a former head coach of the Canadian Men's national basketball team. Leo was part of the silver medal-winning team of the FIBA Americas Championship. He started his career with the NBA but was halted due to an injury and later shifted to The European Basketball league.

Leo Rautins was born Leo Rytis Rautins on March 20, 1960, in Toronto, Ontario. Leo seems to be the only child born to his parents. After years of hard work and dedication, he came to the limelight, so; there is not much information about his early life and parents. His parents are of Latvian and Lithuanian descent and had met each other at a prison camp and moved to Canada upon escaping with Dutch soldiers' help. Leo stands six feet and eight inches tall and weighs 98 kgs.

Leo Rautins has an estimated net worth of more than $5 Millions. He has accumulated most of his net worth through his successful career of twelve years with Basketball and two decades as a broadcaster. Leo has been earning in six-figures for his time in Toronto Raptors. 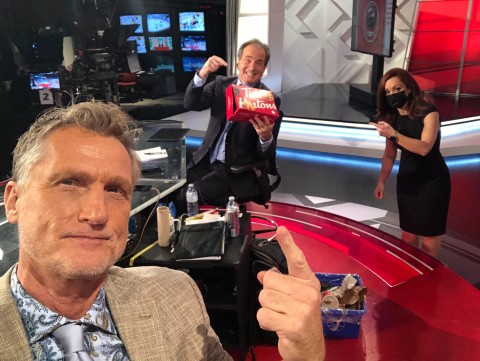 Rautins has become successful in keeping his economic stats away from the public. The average salary of a broadcaster currently working in Canada is more than $95,000. He has been working in the industry since 1995 and is one of the longest-serving commentators in Canadian history. During his time with the European basketball team, he earned a reasonable sum.

Leo is a married man. He was first married to his longtime girlfriend, Marie. The duo walked down the wedding aisle in the mid-1980s. They had a private wedding ceremony where only a few members from both the families and close friends attended the ceremony. Soon after the wedding, They welcomed four sons, Michael, Andrew, Jay, and Sammy. His son, Andrew, is a professional basketball player. 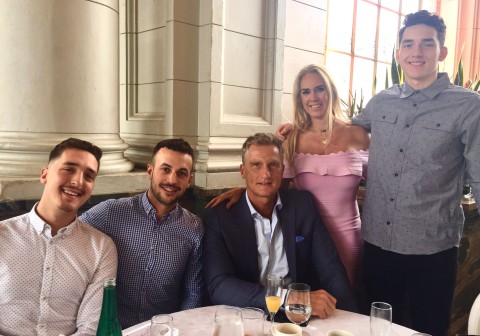 Rautins had some ups and downs in his marriage life. He divorced Marie in the early 2000s. After remaining single for some time, He started dating Jamie Lawson. In 2005, Leo and Jamie tied their wedding knot. Since then, He is living a happy married life. There have been no rumours of the couple separating anytime soon.

In the 1982 NBA draft, the Philadelphia 76ers drafted Leo in the team. He played in 28 games as a rookie with the 76ers. After having a severe injury, He took a break in 1984 and applied for the NBA draft but could not make it. After that, He played for some season in the European leagues. In 1997, Rautins was inducted into the Canada Basketball Hall of Fame.

After retiring from Basketball lin 1992, He started working as a studio analyst, colour commentator. In 2005, The Basketball player even got a chance to coach for the Canadian National team until 2010.