Benjamin Kuscevic was born Benjamin Kuscevic Jaramilo on May 2, 1996, in Santiago, Chile. He did not come from a reputed family and has not shared much about his early life and parents. Benjamin completed his primary education and continued his football career. Talking about his physical appearance, Kuscevic stands six feet tall and weighs 80 kg.

Benjamin Kuscevic has an estimated net worth of more than $1 Million. A football player has multiple sources of income, including sponsorship and advertising deals. As per sources, Benjamin has an annual salary of £286,000 while playing with Palmeiras in the ongoing season of 2022. He has a weekly wage of £5,500. Kuscevic is among the lowest-paid player for the team. 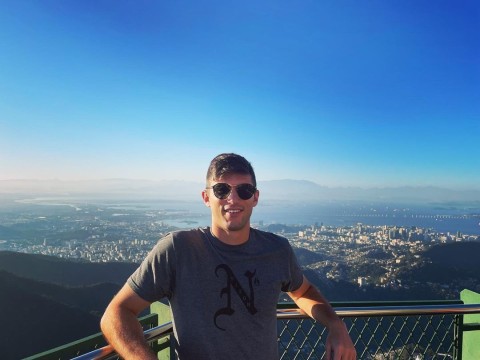 Dudu and Felipe Melo are the two highest-paid players currently playing for the club. Benjamin is very early in his career and will be adding millions in the future.

Benjamin is very private about his relationship status. The Chilean football player could be single, dating or even married to his wife and living a happy married life. Although Kuscevic is an active social media user, He has not shared a word about his love life.

Career in Football and Stats

Benjamin started playing football with his parents and siblings in his home. He joined Universidad Catolica's youth academy in 2011 and represented the club in numerous divisions. Kuscevic was loaned to Spanish giants Real Madrid for a season in 2014. After passing through youth setup, the player had signed a professional contract with the club in 2013. 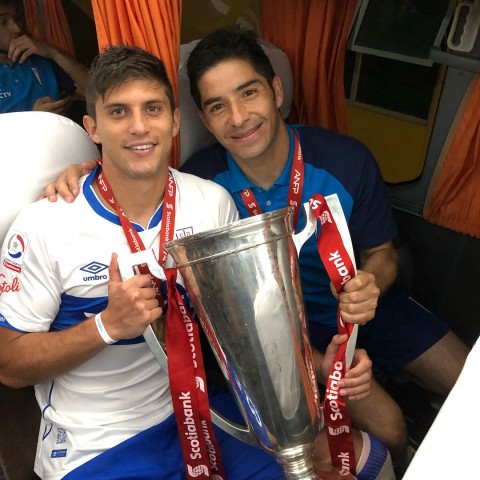 Kuscevic made his professional debut with Universidad Catolica in June 2015. He struggled to get into the senior team in his initial days. The player appeared in just thirteen games for the club in the 2016/7 season. Benjamin became a regular player in the 2018 season while He played in twenty-two in the league. Until 2020, He appeared in sixty-six games for the club and scored three goals.

In November 2020, Benjamin moved to Brazil, signed with Campeonato Brasileiro A side Palmeiras, and signed a five-year contract with the club. Since joining the club, He has appeared in twenty-five games. Kuscevic was part of five Primera Division de Chile winning teams. In 2020, Palmeiras won the Copa do Brasil and Copa Libertadores title. Kuscevic played with Joaquin Piquerez, for Palmeiras.