Lee Kang-in is a professional footballer born in South Korea who plays for La Liga club Mallorca and the South Korea national team. He has been representing the senior team of South Korea since making his debut in 2019.

Furthermore, Kang-in is one of the prominent players in his squad. Due to his performance, Kang-in has also received some honours, including the AFC Youth Player of the Year in 2019 and Korean FA Young Player of the Year in the same year. Further, Lee-Keng has a market value of €12.00 million and the footballer has an estimated net worth of $ 1 million.

Mallorca's attacking midfielder, Kang-in, may be earning a good amount of money. Lee is earning £8,000 weekly and his annual salary is estimated to be £416,000 playing for his latest club, Mallorca. Kang-in may have a decent net worth of around $500,000. Moreover, Kang-in's market value is €12 million, but on September 10, 2019, it was €20 million. Being a part of the national team, Kang-in may earn more profit in the coming years. Like many footballers, Kang-in also makes money from brand endorsement.

He is working with Adidas. Apart from that, he has also collaborated with other brands, which he often promotes via his Instagram handle. Yoon Jong-gyu is another South Korean footballer who has a considerable fortune.

Is Kang-in Dating a Girlfriend?

Lee Kang-in does not have a girlfriend. He is single and might be focused on his football career. Also, Kang-in is doing pretty well in his career. Kang-in has a strong presence on Instagram, registered as @kanginleeoficial, from where he shares images of his daily life.

On June 13, 2020, Kang-in made his first post on Instagram but had not shared a single post about his love life. So, it can be said that Kang-in does not have a record of having serious relationships in the past too.

Kang-in joined Incheon United in 2009 and played with them for some time. After that, he also played with Flyings FC. In 2011, Kang-in entered Valencia. Besides, his senior career started with Valencia B in 2017, and he played in 26 games until 2019.

Furthermore, Kang-in represented the Valencia team in many matches and helped them win some titles. On August 30, 2021, Kang-in joined RCD Mallorca, and since then, he has been playing for them. 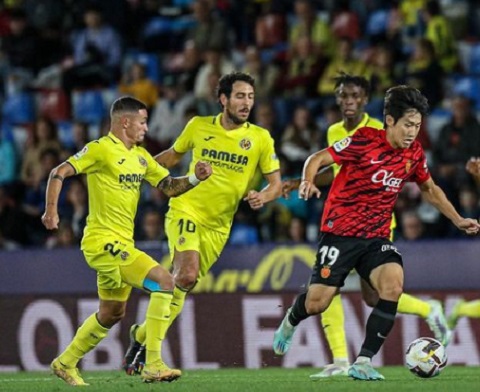 Regarding his career at the national team, Kang-in has played for the South Korea U20 and U23 teams. On September 5, 2019, Kang-in debuted for the senior squad by playing against Georgia. Also, he is set to make his World Cup debut as Kang-in is in the team playing in the FIFA World Cup 2022.

Lee Kang-in was born in Incheon, South Korea, on February 19, 2001. His parents, Lee Woon-sung and Kang Sung-mi, raised him along with his two siblings. He is the youngest of three children of his parents. There are not many details about his siblings.

Meanwhile, his dad was a taekwondo instructor in Incheon. Also, he was a big football fan which might be why Kang-in got involved in this sport.