Lee Germon is a former wicketkeeper-batsman who is originally from Christchurch, New Zealand. The former cricketer captained the New Zealand Cricket team on his Test match debut. Throughout his professional career, Germon played domestically for Canterbury and Otago. After retiring from cricket, Germon served in various positions on multiple teams.

In 2017, Germon became the CEO of the Australian T20 Big Bash Cricket franchise Sydney Thunder. And in 2019, he became CEO of Cricket New South Wales. Germon was interested in sports, and it is reported that he went to the wrong venue to watch a tennis match where he saw cricket being played at Horton Park in Blenheim. So, he instantly fell in love with that sport.

Short Info On His Birth and Early Life

Lee Germon was born Lee Kenneth Germon on November 4, 1968, in Christchurch, New Zealand. During his early playing days, Germon also worked as a laundry boy, but after his cricket career, he used his supervision skills by becoming the South Island Development Manager for the Bank of New Zealand.

As said earlier, Germon was interested in sports from a very young age. When he was a young kid, he went to the wrong venue to watch a tennis match. There Germon saw being played at Horton Park in Blenheim and joined it. So, he instantly fell in love with the sport.

Germon has represented the New Zealand national team in numerous events. In the 1994-95 tour to South Africa, he covered as wicketkeeper & batsman Adam Parore. In the respective tour, Germon made his ODI debut on December 8, playing in a match against Sri Lanka. Later, Germon also became the captain of the team, and he played 12 Test matches and 37 ODIs for New Zealand. Furthermore, his first test game came in a game against India, which was held in October 1995. Apart from that, he was replaced as New Zealand captain by his Canterbury teammate Stephen Fleming.

You can also read about Steve Waugh's age, bio, family, networth and many more.

Germon began his cricket career when he was just 19 years old after making his first-class debut on January 5, 1988, when Germon played against Auckland at Lancaster Park. Later, he also became captain of an underperforming Canterbury side. When Germon became the captain, his team won multiple matches. 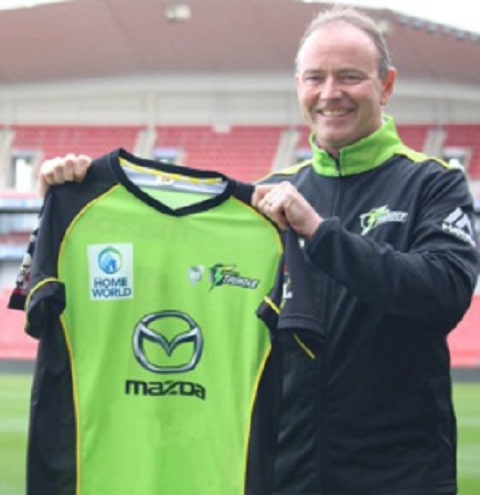 Under his captaincy, the Canterbury team also won the New Zealand first-class competition and the Shell Trophy. As a batsman, Germon had scored 2336 first-class runs at an average of 30.74. Moreover, his final match for Canterbury was in the 1997/98 Shell Cup final. And the respective match was won by his team versus Northern Districts.

When he was just 29 years old, Germon retired from cricket. After retiring, he also played for an underperforming Otago team as a batsman from 2000 to 2002. Meanwhile, Germon chose to play for Otago.

Ben Curran, is a famous English cricket player who is also a left-handed batsman.

Germon is a married man. The former cricketer has been married to his beloved wife, Toni, for a long time. But the actual date of their wedding is missing from the internet sources as none of the verified sites have given the facts.

Also, Germon is a private person who keeps his life away from us. On the other side, Germon lives a happy life, and he is a family man who loves spending quality time with them during his spare time. It is reported that Germon has four children, a son named Luke and three daughters named Sophie, Aimee and Shannon. 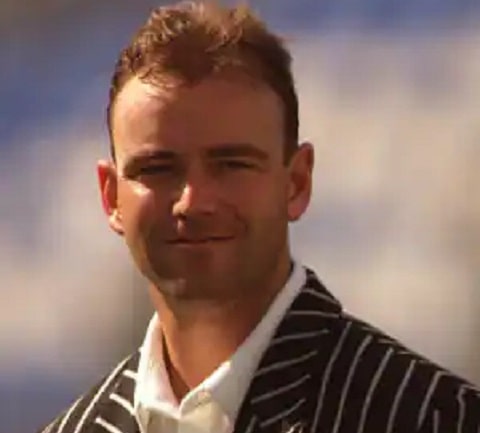 The family of six lives in Halswell. Germon is not much active on social media. So, the details about his current personal and professional life are quite challenging to explore. However, Germon must be living a happy life with his wife and kids and does not wants to expose every detail to the media.

The former New Zealand cricketer has amassed a massive amount of money. During his professional career, Germon has played in numerous games and has helped his squad to win most of them. So, no doubt, his performances have helped him collect decent money. Some sources state that Germon's net worth is around a million dollars.

Due to the lack of info, none of us are able to share his exact net worth. After retiring, Germon has held multiple positions, and he must be making his living through it. Exploring some sites, we learned that Germon had not left the sports field.

Back in 2017, Germon became CEO of the Australian T20 Big Bash Cricket franchise Sydney Thunder. Also, in 2019, he became CEO of Cricket New South Wales. So, from this, Germon might be making a fair sum of profit.

What Is Germon Doing Now?

As mentioned earlier, Germon was selected as the CEO of Cricket New South Wales in 2019. So, we can say that he might be serving in this position. Apart from that, he was previously involved in other fields too. He became the South Island development manager for the Bank of New Zealand in 1998.

And in 2000, he started working as a development officer at St Andrew's College. Likewise, he went to Mainland Soccer as CEO in 2004. And finally, in 2009, Germon came back to his home city of Christchurch to become CEO of Canterbury Cricket. Stay tuned to playersWiki to explore everything about your favorite athletes including their career, Stats, net worth and more.