LaVall Jordan is an American professional college basketball head coach. He has been working as the head coach of the Butler Bulldogs. LaVall has been with the team since 2017 and worked as the head coach for Milwaukee Panthers for 2016. Jordan started his career in 2003 as an assistant coach for Butler University.

LaVall Jordan was born  LaVall Jurrant Jordan on April 16, 1979, in Albion, Michigan. He is the only child born to Karen Jordan and his wife, Nate Mitchell. His father was just sixteen, and his mother was seventeen years when he was born. Jordan lived the first 14 years of his life with his great-great-aunt and uncle in Albion, Michigan. His mother passed away in 2020. LaVall enrolled at Butler University after graduating from High School.

Know About LaVall Jordan's Net Worth, Earnings, and Salary

LaVall Jordan has an estimated net worth of more than $4 Million. The head coach started working as an assistant coach in 2003 and as a head coach in 2017. Jordan earned $1,686,645 as his salary from the University and ranked at No. 61 in the 2021 NCAA Basketball Coach Pay. University of Kentucky head coach John Calipari is the highest earnings head coach in 2021. 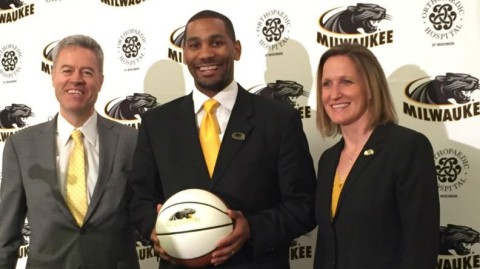 Yes, You read that right. Jordan is the proud father of three children. LaVall married his longtime girlfriend, Destinee Jordan, in the mid-2000s. The love birds have remained silent about their first meeting experience. Unlike other basketball head coaches, Jordan is not active in social media and has successfully kept his personal life away from the public. 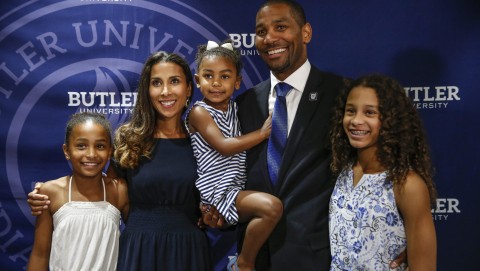 LaVall along with his family in an event SOURCE: Indystar

Shortly after the wedding, Jordan and Destinee welcomed three daughters from this happy marriage, Ava, Alanna, and Adalynn. It's been more than fifteen years of their marriage, and there have been no rumors of the couple having ups and downs in their marriage life.

In his first year with the team, Jordan's team finished T-6th in NCAA. He has an overall record of 80-79 working as a head coach.