Lauren Hashian is an American singer who is well recognized as the wife of Swayne Johnson (The Rock), an American-Canadian actor, businessman, and retired professional wrestler. The couple tied the knot after dating thirteen years long and shares two children.

Lynwood, Massachusetts native, Lauren Hashin, was born on 8th September 1984, under the star sign Virgo. The thirty-five years old holds an American nationality and is of white ethnic background.

Hashin and Johnson met in Boston on the set of the movie The Game Plan. The couple started dating after Johnson divorced his first wife in 2007. The couple took seven years long to make their red carpet debut, which happens to be at G.I. Joe: Retaliation Los Angeles premiere in 2013.

In 2016, during an interview with Esquire, the retired wrestler revealed that he and Hashian had been living together for eight, nine years now: meaning the duo quickly moved in together after they started dating. 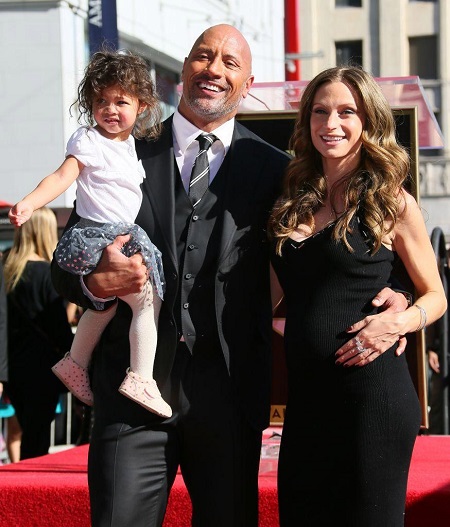 The Johnson Family SOURCE: The Sun

On 16th December 2015, the couple had their first child, Jasmine Johnson. Their second child, Tiana Gia Johnson, was born in 2018. 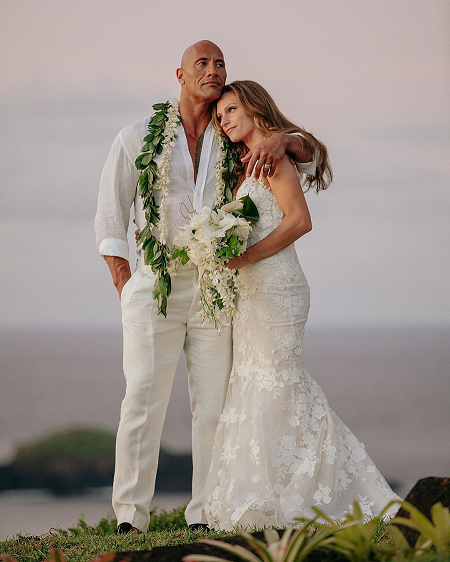 On 18th August 2019, the Hashin and Johnson tied the knot in Hawaii. The couple confirmed the news via their Instagram. The couple planned to get married in the spring of 2018, but Hashin's second pregnancy delayed their plan.

Yes, Lauren Hashian is the second wife of Dwayne Johnson. He was previously married to producer and professional bodybuilder Dany Garcia (1997-2008). Together, they had a daughter and named her Simone Alexandria, born on 14th August 2001.

Despite his split with Dany, the ex-wrestler asked if she could be his manager in 2008, and Dany has held the position ever since.

Lauren Hashian was born to John Thomas "Sib" and Suzanne Hashian. While her father was a drummer, her mother was a Dallas Playboy Club Bunny. She has one brother Adam and one sister Aja.

She has been a singer, songwriter, and music producer since the age of 19 when she turned her dorm room at Emerson College into its own private studio.

How Much Is Lauren Hashian's Net Worth In 2020?

Lauren is a musician who has a handful of songs online. Rather than singer, she is much popular as the wife of Dayne Johnson. As of 2020, her net worth remains under wrap while she shares a mouthwatering net worth of $320 million. 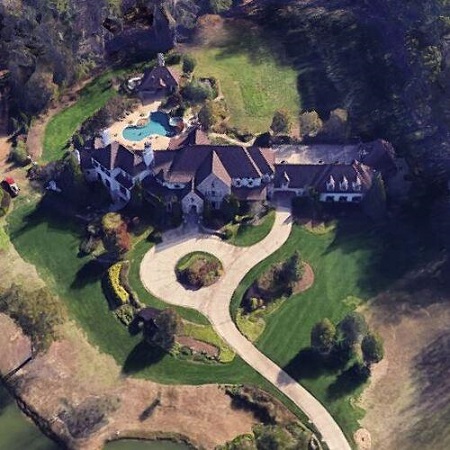 The couple has scored impressive real estate properties around the United States. In 2012, Johnson bought the Florida mansion from former Miami Dolphin Vernon Carey for $3.4 million. Further, he has $9.5 Million Georgia Farm, sprawling equestrian estate which has an eight-bedroom mansion and a 150-year-old caretaker’s cottage.