Laszlo Kleinheisler was born on April 8, 1994, in Kazincbarcika, Hungary. He did not come from a repeated family so, much about his early life, and his parents are under the radar. Laszlo holds Hungarian nationality and is of mixed descent. Laszlo stands five feet and seven inches tall and weighs 70 kg.

Lazlo started training with his hometown club, Kuruleti, from 2005 until 2008. After playing with the youth team of Kuruleti, In 2009, He moved to Felcsut and then to Videoton. In 2012, Kleinheisler made his professional debut with Puskas Akademia. He appeared in twenty-seven games and scored eight goals for the team.

In 2013, Lazlo moved to his childhood club, Videoton, and then played with the team until 2016. After that, he was loaned to Puskas Akademia for the 2015 season. In 2016, The Hungarian player moved to the German professional sports club, Werder Bremen. Just after appearing in six games, Lazlo moved to Darmstadt for a season-long loan. In the next two seasons, Kleinheisler played for Ferencvaros and Astana in loans season. Finally, in 2018, Astana signed him for a year.

In 2019, Lazlo signed a 3.5-year contract with NK Osijek. Since then, He has appeared in sixty-five games and scored ten goals. Talking about his international caps, Kleinheisler has appeared for Hungary U17, U21, and senior teams. He was named for the senior team for the UEFA Euro 2016 Qualifying game. Lazlo is included in the ongoing UEFA Euro 2020 tournament 26-man squad and Roland Sallai and  Adam Nagy.  Kleinheisler has appeared in thirty-two international matches and scored three goals for the senior team.

Who is Lazlo Kleinheisler Dating? Know About His Girlfriend and Relationship Status

Unlike other players, Lazlo does not share much presence on social media. He has become successful in keeping his personal life away from the reach of public people. The Hungarian player has not shared a word about his relationship status and girlfriend. He is at the peak of his career and could be focusing on his career. Lazlo is believed to be single and living a happy life. 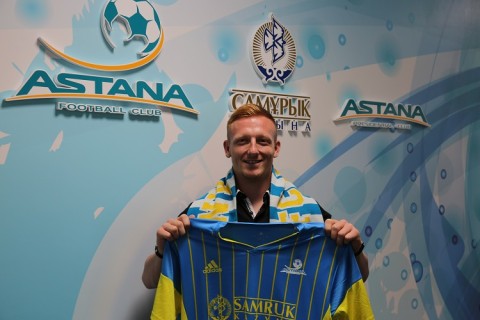 On the other hand, Lazlo could be secretly dating someone and waiting for the right time to open about his relationship status. in public.

Lazlo Kleinheisler has an estimated net worth of more than $2 Million. He has accumulated most of his net worth through his career as a football player and his salary. A football player earns a handsome amount through their contract and several sponsorship deals. However, Lazlo has successfully kept his economic life away from the public.