Kyle Tucker is a rising American professional baseball player. He has been playing in Major League Baseball for the Houston Astros since 2018 as a baseball outfielder. Tucker made it to the AL Triples Leader board in 2020.

Kyle Tucker was born Kyle Daniel Tucker on January 17, 1997, in Tampa, Florida. He is among the three children born to Lisa Fernandez and her husband, Mike Tucker. Tucker has one elder brother Preston Tucker, a professional baseball player, and a sister Hannah Tucker. After graduating from Henry B. Plant High School, Tucker committed to play for the University of Florida. Talking about his physical appearance, Kyle stands six feet and four inches tall and weighs 86 kg. 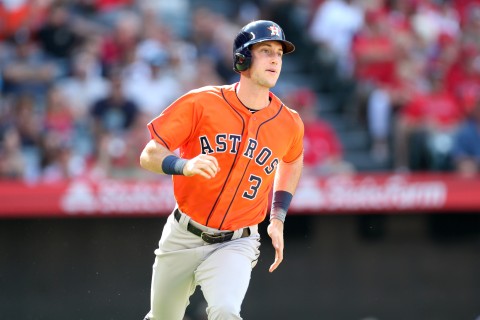 Kyle runs to score his points in an MLB game SOURCE: Call to the Pen

In 2018, Kyle took home a salary of $146,500 with the Astros. The following season, He had injuries, and his salary was decreased to $83,552. Last season, Tucker made $210,630 as per the contract. Kyle has earned $5,064,982 as his earnings to date from four seasons with the Houston Astros. He is very much early in his career and shall be making millions in the future.

Kyle is an active social media user. He keeps sharing a lot of photos of his girlfriend in his timeline. Tucker is dating his longtime girlfriend, Samantha Scott. They have been together for four years. Scott had first posted about their status in January 2017. Both of them are very much supportive of each other. 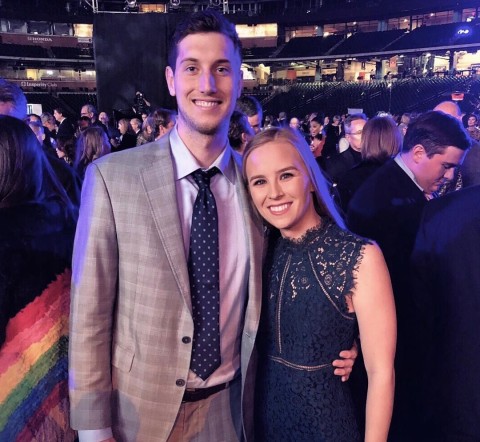 Kyle and his girlfriend, Scott, at an event SOURCE: [email protected]_30

Although It's been more than four years of their relationship, the love birds are yet to get engaged or tie their wedding knot. They must be waiting for the right time to get married.

Kyle comes from athletic family background. He started playing baseball along with his brother in their backyard. While playing for High Schol, Tucker appeared in Perfect Game's All American Classic and was also named Florida's Gatorade Player of the Year. In 2015, The Houston Astros drafted him in the fifth overall selection.

Kyle spent his early days playing for the Greeneville Astros in the Rookie-level Appalachian League. The following season, He hit .285/.360/.438 with 32 stolen bases, nine home runs, and 69 RBIs. In 2017, Tucker moved to Buies Creek Astros in the Class A-Advanced Caroline League. He finished the season batting a combined .274/.346/.528 with 25 home runs and 90 RBIs and appeared in the 2017 All-Star Futures Game.

In July 2018, the Astros promoted him to the Major League and debuted against Chicago White. He collected his first major league hit and RBI that day. The following season, Kyle batted .269/.319/.537 with four home runs and 11 RBIs in 67 at-bats. In the ongoing season of 2021, Tucker is having a good season.