Kyle Geirsdorf popularly known as a Bugha is an American professional Fortnite player. Additionally, he is famous for streaming Fortnite game for Sentinels. Moreover, he recently came to fame by winning the Fortnite World Cup Solos event which was held in on July 28th, 2019.

As of 2019, Kyle has collected a massive net worth over $3 million from his playing career. Also, he has earned $3,025,900 as career earnings, playing 13 tournaments. Additionally, the 16 years old video game player stunned the world after he won $3 million from 2019 Fortnite World Cup.

Kyle Geirsdorf "Bugha" Earnings; How much is his Net Worth?

As of 2019, Kyle has an estimated net worth over $3 million which is completely generated form his video game career. Also, he has accumulated $3,025,900 as entire career earnings, playing 13 tournaments.

Recently, he was crowned as the Fortnite World Cup champion which led him to win $3 million as prize money. He earned more than Novak Djokovic earned from the Wimbledon tennis and Tiger Woods earned from Masters Tournament.

Reportedly, Bugha is the 10th highest earner among all the gamers in the world and particularly, he is the 2nd highest earner in the United States. Moreover, in the last 90 days, Bugha has collected $3,014,500.00 as cash prizes from 6 tournaments.

Is Kyle Geirsdorf "Bugha" in a Relationship? Know about his Personal Life

Well, Kyle is too young to be in a relationship. Moreover, he just a kid who loves to spend his time playing video games. Until now, Bugha is single and his popularity certainly suggests that he might be in a romantic relationship in the future. We don't have any option rather than to until he is ready for the love affairs and relationships. 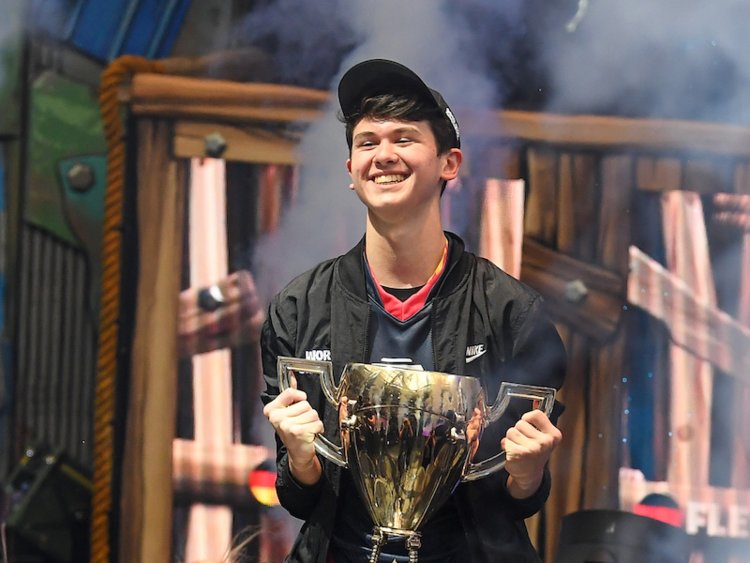 Kyle was born on December 30, 2002. The 16 years old gamer is an American native and belongs to the ethnic group of white. Also, he was born as a child of Darcy Giersdorf (Mother) and the details about his father are still out of reach of media.

Kyle was born under the star sign, Capricorn. Apart from the mentioned facts, the information about his early life, bio, and family are not available yet.

Kyle has been playing video game since his early childhood. Additionally, he is a reigning champion of 2019 Fortnite World Cup. In entire playing career, he has competed in different events and has won many titles.