Kwon Chang-hoon is a professional South Korean football player who plays for Gimcheon Sangmu and the South Korean national team. He wears jersey number 26 on his team and plays as an attacking midfielder.

The young footballer has been playing for the senior team of Korea since 2015 and has represented the nation in many tournaments. He gave an outstanding performance in 2015 when his country won the title of EAFF Championship.

Earnings: Details On Kown Chang-hoon Net Worth and Salary

The South Korean footballer, Chang-hoon has an estimated net worth of around $1 Million. Chang-hoon makes most of his gains from being a professional footballer. Currently, Chang-hoon is playing for Gimcheon Sangmu, and the deal might be impressive. However, there are not many details regarding his current salary. Like Son Jun-Ho, Chang-hoon also makes money from brand endorsement. He has a sponsorship deal with Nike and wears their kits.

Does Kown Chang-hoon Have a Girlfriend?

Currently, Chang-hoon appears to be a single guy who does not have a girlfriend. He focuses entirely on his career rather than searching for a life partner. Some online portals say that Chang-hoon had an affair in the past. He was previously in a rumored relationship with YouTuber Jung I-soo.

However, the football player has not talked much about the topic. So, it can be said that he is enjoying a solitary life. Apart from that, Chang-hoon is a private guy. Due to this, Chang-hoon keeps his matters confidential.

Moreover, he updates his professional life via his Instagram account, where we can find him as @kwonchanghoon.

Chang-hoon began playing football after joining the youth team of Suwon Samsung Bluewings. While playing for the senior team, he appeared in 90 games and netted 18 goals. In 2017, he joined Dijon II. After appearing in many games, Chang-hoon moved to play with SC Freiburg. 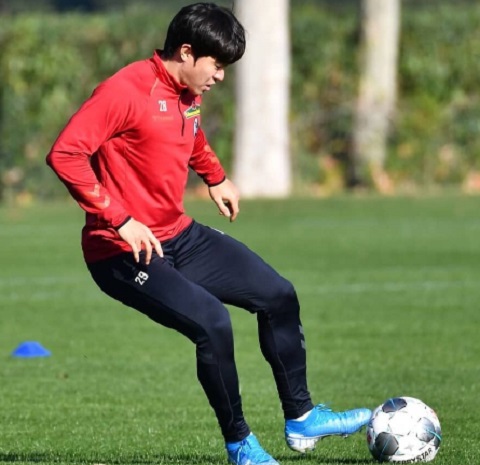 In 2021, Chang-hoon moved to Suwon Samsung Bluewings. With them, he played in 11 games and also scored a goal. Later, he came to Gimcheon Sangmu. Regarding his career on the national team, Chang-hoon initially played for the youth teams of South Korea.

Chang-hoon made his debut for the senior team of South Korea in 2015. He has also played for the team in many tournaments and is now included in the team playing in the FIFA World Cup 2022.

Chang-hoon was interested in playing football from an early age. So, he played football at YangJeon Elementary School in Seoul. Later, he graduated from Joongdong Middle School and went to Maetan High School.