Son Jun-Ho is a South Korean footballer who signed a four-year contract with the club Shandong Taishan. Besides, he plays as a central midfielder but is also capable of playing as Central Midfield. Son is also a national-level football player who earned 14 caps playing for the South Korean national team.

Facts On Jun-Ho's Salary And Net Worth

The South Korean football player Son Jun-ho has an estimated net worth of $1.5 million. While glancing into his playing career, Son Jun-ho receives a valuable salary playing for the club, Shandong Taishan. Son Jun-ho and with Song Min in an event SOURCE: Instagram @lovemomo.juno

Like other Shandong Taishan players, including Marouane Fellaini, Son earns a weekly salary worth £11,000 and receives £572,000 annually. Additionally, Jun-Ho's market value is €3.50 million, one of the highest valuations in his playing career.

Son Jun-Ho is a young and talented footballer. Besides, he was curious to begin his career in football from an early age, so Jun-Ho played for his high school team, Pohang Jecheol Technical High School, in 2008. Later he played for Youngnam University.

So, in 2014 he joined Pohang Steelers and played three seasons there. Similarly, Jun-Ho made his debut for the South Korean Football team Jeonbuk Hyundai Motors in 2018. Playing for the club, he completed two seasons. 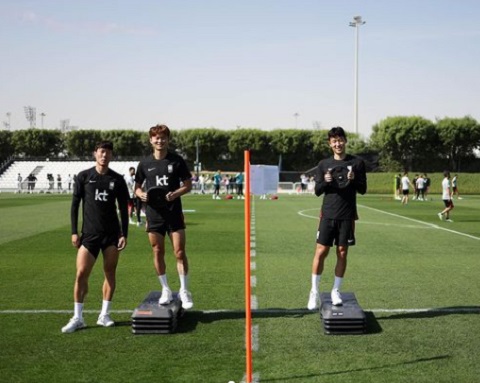 Son moved to the top-tier Chinese football club Shandong Taishan for the 2021 Chinese Super League campaign and has already played two seasons representing the club. Likewise, Jun-ho made his senior career debut on January 27, 2018, against Moldova. Similarly, the footballer Jo Hyeon-woo entered the 2013 K League 1 draft and was chosen by Daegu FC.

Son Jun-ho is a married footballer and happily wedded to his wife, whose official name is not found. However, she is accessible under the username @lovejuno.momo on her Instagran handle. The couple tied a wedding know on October 8, 2017, in the presence of their close friends and relatives.

Jun-Ho is open about his married life and often shares pictures of his wife and kids on his Instagram handle. Further, Son is also a father of two kids, a son and a daughter. The lovebirds welcomed their daughter on July 22, 2019. Similarly, they gave birth to their second child on September 3, 2020. 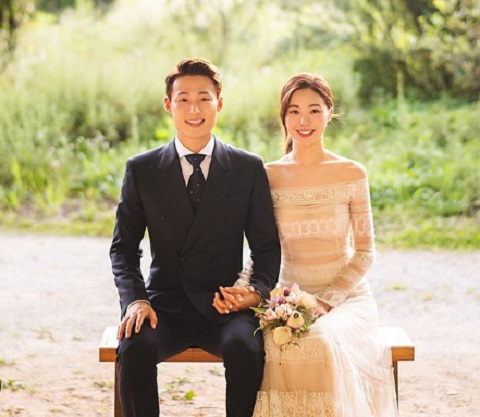 Currently, the footballer lives a happy life with his family, and he adores spending quality time with his kids and wife whenever he doesn't have a hectic schedule.

Jun-ho was born on May 12, 1992, in Yeongdeok, South Korea. He holds South Korean nationality, and his zodiac sign is Cancer. Likewise, he attended Pohang Jecheol Technical High School and later visited Youngnam University, where he also began his youth career.

Like, Na Sang-ho, Son is also a secret-natured guy who doesn't like to talk about his family and parents openly on web sources. Therefore, we are still determining if he also has siblings.

The Shandong Taishan mid-fielder, Jun-ho, stands at 5 feet 10 inches and weighs 73 kg. Son never misses his workouts and often enjoys his training session with his teammates.