A native of Dzierzoniow, Krzysztof Piatek is a professional football player; he is currently signed for the Bundesliga club Hertha BSC; however, he plays for the club Italian Serie on loan. Additionally, he wears jersey number 99 for the club. Piatek is also an international-level football player who has earned 23 caps so far playing for the national team.

Likewise, Piatek is among the skilled and well-trained footballers of his squad who have been active in the vocation since his initial career. Further, he is positioned as a forward; besides, he currently plays for the club, Salernitana on loan. However, he went through many shifts playing for the national team.

The pro-level football player Kryzsztof Piatek must have earned a whopping sum of money from his professional career. So, the estimated net worth of the footballer is 5.5 Million euros. In addition to this, he is one of the successful Polish football players who has a market value of €12.00 million. Krzysztof Piatek on one of his holidays
SOURCE: Instagram @pjona_9

Apart from that, he is reported to be earning £82,000 per week and £4,264,000 per year; however, the latest calculation of his earnings is still unavailable. Moreover, Piatek lives a luxurious lifestyle as he owns a car model, the 2020 BMW Z4 sDrive M40i. Similarly, he often visits new places, enjoys his vacation, and enjoys a wealthy lifestyle.

Insight into His Football Career

Beginning his career in 2006, he officially got recognization for playing Niemczanka Niemcza as a youth; the player played for multiple clubs, including Dziewiatka Dzierzoniow and Lechia Dzierżoniów of III Liga in 2011. Similalry, he made his senior career debut in 2012.

Following the year, in 2013, he joined the club Zagłębie Lubin where at first he played as a junior but was later promoted to a senior player. Three years later, he joined the fellow Polish side Cracovia in 2016 and spent two years in the club. 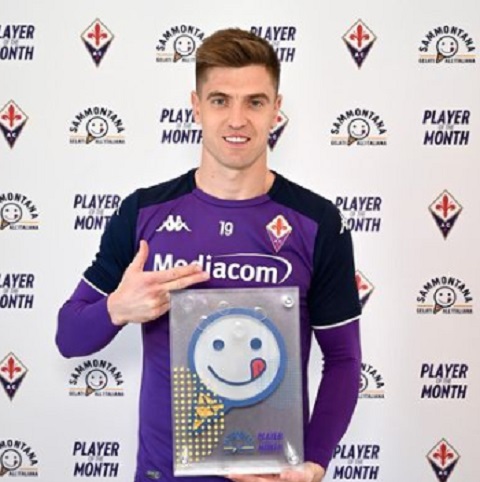 Back to back, the footballer got an opportunity to be part of various professional clubs, and after playing for Cracovia, he joined Genoa and sighed a four years contract with the club. Again on January 23, 2019, he was part of the AC Milan.

Similarly, in 2020 Piatek joined Hertha BSC with a fee of €27 million on a long-term contract. Two years later, he was loaned to Fiorentina, and the same year Piatek was again loaned to Salernitana.

Representing his national team, the footballer has played in the 2018 FIFA World Cup. For your concern, he made his international career debut on September 11, 2018.

Kryzsztof Piatek is happily married to his wife, Paulina Procyk, a lawyer. Further, the couple got married on June 1, 2019, in the Castle of the Order of St. John in Lagow. Well, he has kept his married life low-key; that's why nothing much is known regarding his wedding life at the moment. 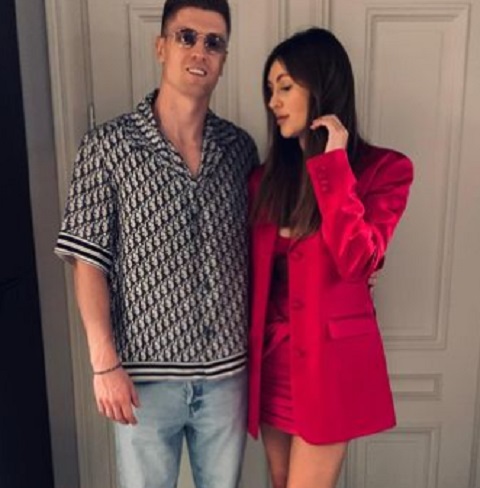 Krzysztof Piatek is married to his wife SOURCE: Instagram @pjona_9

Further on this, Piatek has shared a few pictures of his wife on his Instagram handle, where we can follow him under the username @pjona_9. Piatek being of a secretive nature has precisely shared his family life on web sources.

Kryzsztof Birth Facts- Who Are His Parents?

Born on July 1, 1995, Kryzsztof was born in Dzierzoniow, Poland. Well, nothing much has been shared about him in the public domain; however, we know that he has had a good childhood with his parents.

Being of a private nature, Piatek has never talked about his parents openly on online sources. Similarly, he has kept the facts about his sibling hidden.