As a point guard, Kristofer Michael Dunn reportedly earns around $4,221,000 as his yearly salary from Chicago Bulls.

Kristofer Michael Dunn was born on March 18, 1994, in New London, Connecticut to parents John Seldon and Audra Seldon. As per his nationality, he is American and belongs to African ethnic group. Further, his star sign is Pisces. He grew up along with his siblings, Ariana Seldon, Ashley Seldon, John Dunn, and Rashad Pauley.

Dunn was selected by the Minnesota Timberwolves on 23 June 2016 with the fifth overall selection in the NBA draft of 2016. He signed his rookie-scale contract with the Timberwolves on 7 July and joined the NBA Summer League team.

Dunn scored 27 points in his Summer League debut. He managed only two matches in the Summer League before he was diagnosed with a concussion. 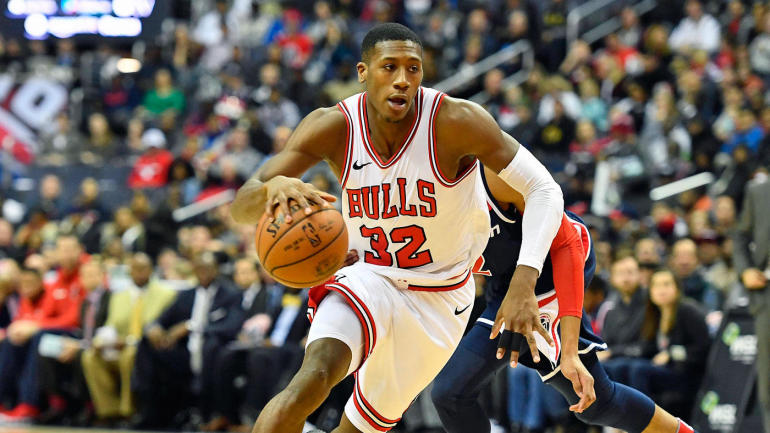 On 22 June 2017, Dunn and Zach LaVine were traded to the Chicago Bulls in exchange for Jimmy Butler.

As of 2018, Kristofer has an estimated net worth of over 5 digits figure. He reportedly signed a 3-year contract with Chicago Bulls in 2018. Further, the NBA player has an average salary of $4,221,000 annually.

His estimated salary for the next two seasons are:

Kristofer Dunn so far has made earnings of $7,919,280 from his entire NBA career. In addition, he is the 9th best-paid player of Chicago Bulls, Jabari Parker, Zach LaVine, Robin Lopez is among the highest paid players.

The professional basketball player doesn't like to talk about his private life in front of the media and no information about his likely girlfriend or wife is available at the moment.

The Famous NBA star is 6 feet 4 inch in height and weighs around 93 kg. Kristofer Michael Dunn is not only a world-class athlete but also is a very attractive individual.

Other than being a famous NBA point guard, Kristofer Michael Dunn is pretty famous in social media, having 77.9k followers on Instagram and 47.7k followers on Twitter.