On 26 March 1997, Koji Miyoshi, the Royal Antwerp midfielder, was born in Tama-Ku Kawasaki, Japan, with the Aries birth sign. Talking about his age, Koji is just 25 years old as of 2022. The Japanese midfielder has a height of 5 ft 6 inches and weighs 64 kg.

Koji Miyoshi had a keen interest in football from an early age. His love and passion for football grew even more as he grew up. By age 10, he began playing professionally as a youth player for Kawaski Frontale from 2007 to 2014. He was a very hard-working and talented player. His performance, passing ability, and assist vision caught the eye of a Frantale senior coach. Later on, he was promoted to Kawasaki Frontale senior team in 2013.

The same year that club assured to loan him to J League U 22, where he appeared in just eight games, adding one goal to his tally during his three-year tenure. Subsequently, he was again loaned to Hokkaido Consadole Sapporo in the 2018 season. The Kawasaki-born midfielder was quite on and off in the transfer market list. Likewise, he was loaned to Yokohoma F. Marinos in 2019. His club career didn't go as he expected. After completing his time there, on 20 August 2019, Miyoshi joined Belgian First Divison A side Royal Antwerp on loan for a year with an option to make a permanent deal. To date, he has appeared in just 24 games sending the ball three times behind the nets.

Despite this, his club career went the opposite way he expected, but his international career is at its peak. He was first called up for U17 for the 2012 FIFA U17 World Cup in 2013. Since then, the Antwerp midfielder has represented Japan at various international cups and tournaments.

Wherewithal, annual wages and net worth of koji Miyoshi

Miyoshi's net worth is around $5Million. He has been credited his bank balance massively via his football career. When he signed a contract with Royal Antwerp, Miyoshi netted a weekly salary of €3,846 weekly, which sums to €2,00,0000 per annum. Presently, he resides in a healthy and luxurious life with his family. 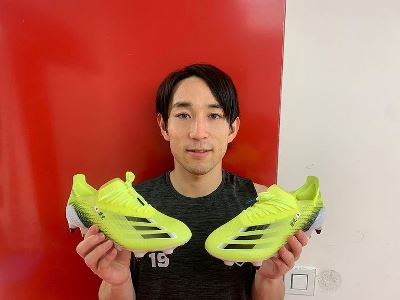 Adidas is one of his sponsors that has been featuring him in its boots and kits. They also pay good money to him for their promotions and branding.

The Royal Antwerp midfielder, koji Miyoshi, has kept his love life very intimate. Nevertheless, he seems to be a happily married person, and he has shared a photo of his partner's engagement ring without mentioning anything about her. The couple exchanged their wedding vows in 2020. 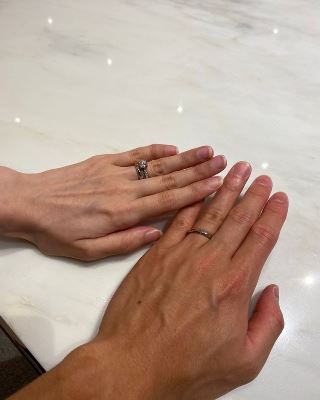 Despite being married in 2020, Miyoshi announced their marital status to his followers and fans a year later, on 1 September 2021.