Koby Aaron Clemens widely known as Koby Clemens is an American retired baseball infielder and outfielder who played for Houston Astros Organisation and Toronto Blue Jays Organization but din not made upto major league. Besides, he played for the Puerto Rico Baseball League.

Born on December 4, 1986, Clemens currently serves as a coach for the Houston Astros farm system. The thirty-three years old holds an American nationality and belongs to the white ethnic background.

As of 2020, Koby Clemens has an estimated net worth of $0.5 million. The main source of his earning is baseball: initially as a player and now a coach.

As reported, he earned a $380,000 signing bonus in 2004 from the Houston Astros. Afterward, he began playing for minor leagues until 2014. According to the source, the starting wage for minor leaguers is between $1,100 and $2,150 per month, and only during the season, that can be as short as three months.

Koby Clemens is married to Callie Clemens. The couple started dating in 2013 and later two years in March, the duo got engaged. In November 2015, the couple tied the knot, in an intimate ceremony. 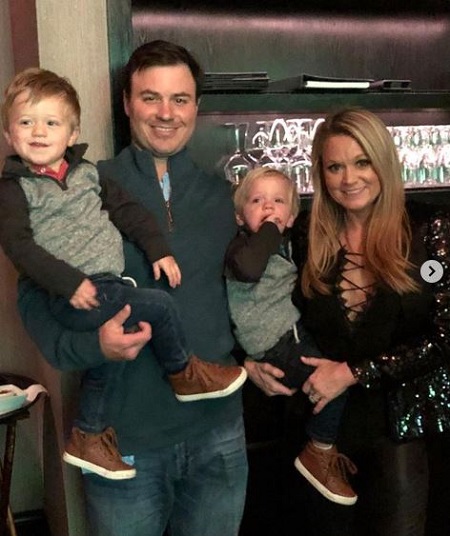 In 2016, the couple became parents following the birth of their twin son. Matter of fact, Koby has not shared any family pictures. On the contrary, his wife's Instagram is full of their family picture.

He was raised alongside three brothers: Kacy Austin Clemens, Kory Allen Clemens, and Kody Alec Clemes, who is a professional baseball second baseman in the Detroit Tigers organization.

At Memorial High School, Koby was a two-sport star, splitting time between football and baseball before he suffered a back injury ending his brief football career.

Upon graduation, he committed to the University of Texas at Austin (where his father played) to play first base but never attended.

The Houston Astros picked Clemens in the 8th round of the amateur draft, 254th overall. in 2005. Soon he began playing for the minor leagues such as Greeneville Astros, Tri-City ValleyCats, Lexington Legends, North Shore Honu, Lexington Legends, Salem Avalanche, Corpus Christi Hooks, and Oklahoma City RedHawks until 2011. Then he joined the Puerto Rico Baseball League with the Mayagüez Indians.

On February 9, 2012, he signed a minor league contract with the Toronto Blue Jays under which he played for New Hampshire Fisher Cats, Dunedin Blue Jays, and Sugar Land Skeeters.