Kinsey Wolanski is a famous Instagram model who is popularly known after she invaded the Champions league Pitch in 2019. She is also popular as the girlfriend of famous YouTuber Vitaly Zdorovetskiy who has almost 10 million subscribers on his channel called Vitaly Uncensored.

Kinsey Wolanski's followers increased to 2.4 million on Instagram in one hour after her Champions League pitch breach and is now followed by 3.1 million. Further facts about her net worth, salary, and boyfriend are discussed below.

How much is Kinsey Wolanski's Net Worth and Salary?

Kinsey Wolanski is a popular Instagram model who has been in her modeling career for not so long and she became popular recently after her Champions League stunt. The exact figure of the net worth and career earnings of Kinsey is not available but it is estimated that she might have a net worth of around $200,000 as of 2019.

On average the Instagram models get paid around $5,000 for an advertisement who have 100,000 followers. Kinsey might be earning a quite good amount of money since she has almost 3.1 million followers on her official Instagram account. Her paycheck might have increased by huge percentage after her Champions League stunt.

Besides, her boyfriend Vitaly Zdorovetskiy is a famous Youtuber who has made a decent amount from his videos since he has more than 10 million subscribers. As per some of the sources, his net worth is estimated to be above $3 million.

Moreover, he is earning around $620,000 per year from his youtube videos and $1,700 per day. Besides, Kinsey and her boyfriend Vitaly own several expensive properties like houses and cars but the exact information is not available on the media.

Kinsey Wolanski is currently in a romantic relationship with his boyfriend Vitaly Zdorovetski. They have been dating each other since 2017 and are happily enjoying their love life. There aren't any disputes reported in their affair so far which suggests that they might have a great bonding between each other.

Kinsey's boyfriend Vitaly is a YouTuber who is quite famous in the social media since he has more than 10 million subscribers in his YouTube Channel. Vitaly is Russian-American and is older than Kinsey Wolanski. Further details about their relationship are not available. 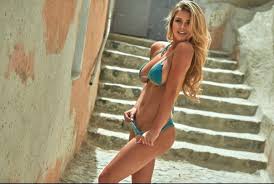 In addition to this, there aren't any details regarding their past affairs or relationships in the media. Kinsey is a famous Instagram model who is quite famous in social media and has millions of followers who are almost more than 3 million followers.

Kinsey Wolanski is a gorgeous and beautiful professional model who has a height of 5 feet 5 inches (1.65 meters) and weighs around 55 kg(121 lbs). Wolanski's further body measurements include 35-26-36 inches. She has a perfect curved shaped body.

Do you know about Gabby Woodland, wife of the famous golfer Gary Woodland

Kinsey Wolanski was born on June 1, 1997, in Sacramento, California, USA. She holds an American nationality and belongs to the white ethnic group. Information regarding her parents, siblings, and family is not yet available in the media.

Wolanski completed her studies from the University of Illinois.

Kinsey started her modeling career soon after she ended her University career. She is a Chicago based model who is popularly known as the Instagram model. Wolanski has worked for several marketing campaigns of different brands. 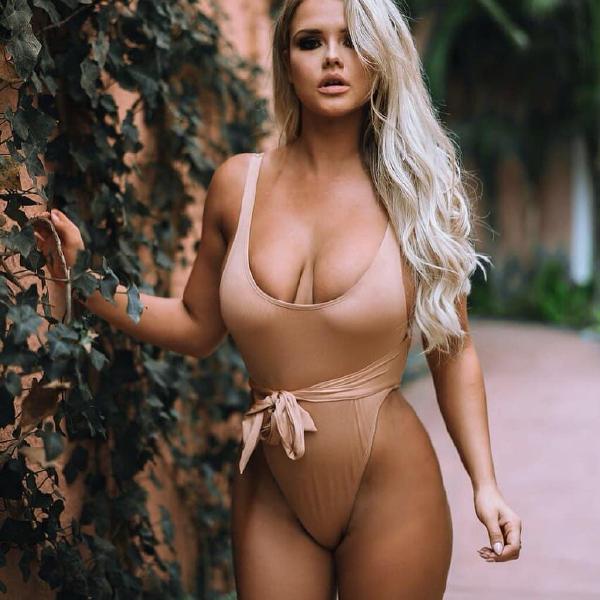 She is mainly popular for her outrageous posts. Kinsey was not so popular before her Champions League stunt after which she came to spotlight. In addition to this, she was also ranked no. 8 in the 2017 Miss Jetset. As per some of the sources, she started her modeling career in Los Angeles. 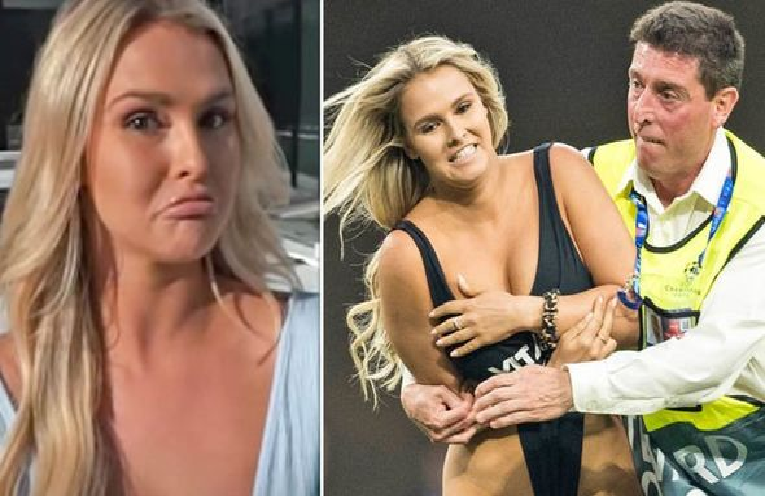 It seems that Kinsey is very much crazy for being famous since she invaded the pitch in 2014 World Cup Final. Moreover, she has been featured by many famous magazines like Sports Illustrated, Maxim, and MHM.