Kindle Vildor is a rising American football player who plays as a cornerback for the Chicago Bears of the National Football League. Vildor played college football at Georgia Southern University and was drafted by the Bears in the 2020 NFL Draft.

Kindle VIldor was born on December 11, 1997, in Atlanta, Georgia. He has not hinted any information regarding his parents and siblings, which remains under review for now. Vildor graduated from North Clayton and enrolled at the Georgia Southern University. Vildor stands five feet and eleven inches tall and weighs 86Kg.

After being born in DeKalb County, Georgia, Vildor grew up in College Park, Georgia, where he attended North Clayton High School and played football. 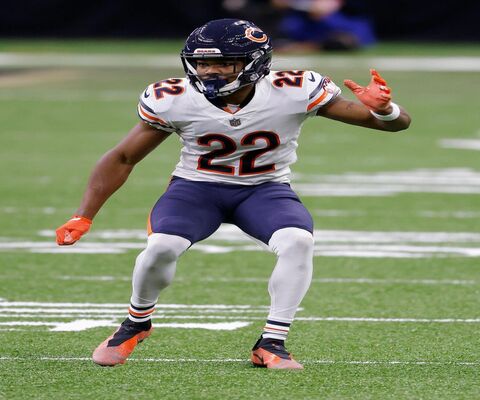 Chicago Bear's cornerback during his college career, he played the final three seasons where he had 42 tackles, 4.5 tackles for loss and 11 passed. Vildor was named in the first-team All-Sun Belt for a second straight season. The Chicago Bears selected him with the 163rd pick in the fifth round of the 2020 NFL Draft and signed a four-year rookie contract with the team on July 21.

Vildor's Net Worth and Earnings

By playing for the Chicago Bears of the National Football League, Vildor has made a good amount of earnings through football. The American cornerback has not played for any clubs except Chicago Bears to date after being selected by the club in the 2-2- NFL Draft. Playing for Chicago Bears, Vildor earns around $1,010,000per year playing for the club, which is comparatively higher than the other players. He is one of the admired players in the United States. He lives a luxurious life with his family and has approximately an estimated networth of $2 million.

Also, know about Allen Flanigan's Girlfriend, Career, and Net Worth.

Vildor is an active social media user but does not like to share his relationship status in the media. He has successfully kept his love life away from the reach of his fans. He shares about his professional life on his Instagram. There might be surprises waiting for him in the coming years. Chicago Bear's cornerback is believed to be single as of 2022. Nevertheless, Vildor could secretly date someone and might be waiting for the right time to open about his relationship status.

Kindle Vildor is active on Instagram and often posts about his professional life and family life. 17.3 K followers follow him, and his Instagram goes by @kindlevildor2.