Allen Flanigan is a very talented young basketball player. He comes from a family with a very long history with basketball—his father, uncle, and grandfather are renowned former basketball players. And, withstanding the family legacy, Allen also has impressed a lot of people. He has played two seasons for the Auburn Tigers men's basketball. Furthermore, he also has several accolades to his name.

Hailing from the suburbs of Little Rock, Arkansas, Allen Flanigan was born in 2001. He celebrates his birthday on the 24th of April every year. He is the grandson of the Arkansas legend Alfred Flanigan (a star basketball player turned legendary coach).

Likewise, Allen is the son of Wes and Katrina Flanigan. His father, Wes Flanigan, is a former Auburn player who contributed to the team from 1993 to 1997. As of now, Wes is working as an assistant coach for Auburn's men's basketball team.

Apart from his parents, Flanigan has two siblings named Collin and Mike Flanigan.

The Parkview Arts and Science Magnet High School graduate initiated his basketball career as a Guard for his high school team, where his grandfather used to coach. Alongside the team, Flanigan won two state championships in 2016 and 2018, respectively. 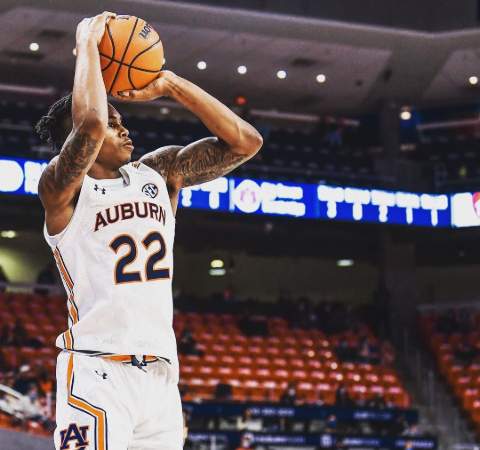 Likewise, his performances in those tournaments were so amazing that he was named the district’s top athlete and the 5A Gatorade Arkansas Player of the Year. After such exceptional performances, he joined the Adidas Gauntlet circuit's Joe Johnson Hawks basketball team.

While he played there, he averaged 3.6 rebounds, 8.4 points, and 1.2 assists per game. Also, he led the team to a 21-5 record plus Age Division title in the Real Deal in the Rock. For his amazing track record, he was named the Number One player in Arkansas and labeled as a four-star by ESPN.

Furthermore, his average stats in the next season got even better. As of now, he is training hard to do what he has done amazingly in the past.

The Auburn Tigers no. 22 Guard's earnings and net worth are yet to be disclosed. The reason behind it may be the fact that Flanigan is still in his Sophomore year. Nonetheless, considering his amazing stats, it can be guessed that his earnings are pretty well.

The Little Rock, Arkansas native is possibly single and isn't dating anyone too. Flanigan likes to keep his personal life details up to himself only. 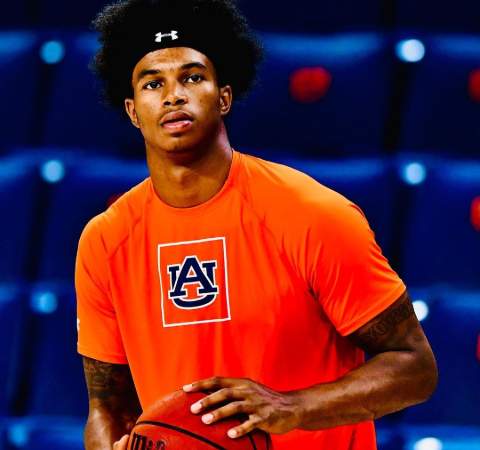 Likewise, he also hasn't shared any pictures with a lady companion through his social media handles who can be regarded as his possible girlfriend. Noting all these, it can be assumed that he doesn't have a girlfriend, and he might be focusing more on his career.