Kimberly Birrell is an Australian tennis player. She is the recipient of two singles titles and one doubles title on the ITF Circuit. On 6th May 2019, she reached her best singles ranking of world No. 154 and is currently ranked No. 734.

Kimberly Birrell was born on 29th April 1998 to Australian parents. Her star sign is Aries. She holds an Australian nationality and is of white ethnic background. The twenty-three years old stands 1.70 m (5 ft 7 in) tall.

How Much Is Kimberly Birrell's Net Worth In 2022?

There is no report about Birrell's boyfriend/relationship in the tabloid. But her Instagram has other stories to tell. Scrolling through her IG, she often posts cute pictures with Matt Fraser. 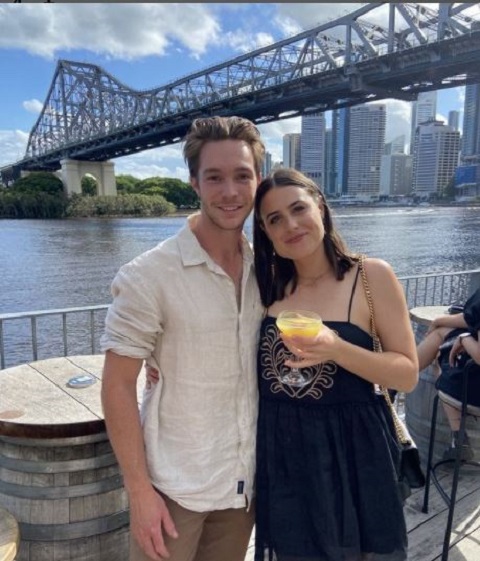 Yes, Kimberly Birrell and Matt Fraser are dating. They are not shy to flaunt their love on their social media. They seem to be quite serious in their relationship. We wish nothing but luck to this beautiful couple.

Kimberley Birrell is the daughter of John, a tennis coach. Shortly after her birth, the Birrell family relocated to  Wodonga, Victoria, and then settled on the Gold Coast, Queensland.

When Birrell was three, her father became the head coach of Pat Cash's Tennis Academy.
At four, Birrell began playing tennis and started training bases at the Queens Park Tennis Centre in 2008 when her father began managing the club.

She enrolled at the  Coomera Anglican College and graduated in 2015.

In 2014, Kimberly Birrell received a  wildcard into the doubles main draw of the Hobart International with fellow citizen Olivia Tjandramulia. The duo lost in the first round to second seeds Lisa Raymond and Zhang Shuai. In November 2014, she earned wildcards to the two Bendigo International tournaments.

The following year, she had a qualifying wildcard into the Hobart International, however, she to Vitalia Diatchenko in straight sets. Then, she was awarded a wildcard for the Australian Open qualifying. She fell to Kateryna Bondarenko, in three sets. Further, she made her Grand Slam main-draw debut. In March 2015, she made the first ITF Circuit final of her career in Mildura. She finished the season with a ranking of 361.

In 2016, Birrell earned a wildcard into the qualifying rounds of Brisbane International. She lost to eventual main draw semifinalist Samantha Crawford. After getting wildcard into the main draw at the Hobart International, Birrell made her WTA Tour debut, winning 6–4, 6–3 against world No. 57, Danka Kovinic from Montenegro. However, she lost. She ended the season with a ranking of 584.

In 2017, Birrell and her doubles partner, Priscilla Hon, earned a wildcard into the Australian Open. However, they lost to  Sam Stosur and Zhang Shuai in round one. That season, Birrell won her first ITF singles title, defeating American Asia Muhammad in a tight three-setter.

In 2018 August, Birrell reached her first quarterfinal of the year at the Koser Challenge in Landisville, U.S. The following month, she reached the quarterfinals of the Cairns Tennis International. Further, she won her second career ITF singles title in Darwin, also reaching the final of the doubles. December that year, Birrell won the Australian Open Wildcard Playoffs.
In 2019, Birrell entered Brisbane International. There she had her first top 10 wins over Daria Kasatkina.

In 2021, she played her first competitive match in 18 months at the Yarra Valley Classic, due to an injury. Further with a wildcard, she entered into the Australian Open. Nevertheless, she lost to Rebecca Marino in round one. She concluded the season with a singles ranking of 740.

In January 2022, she made her comeback in eleven months, at the 2022 Melbourne Summer Set 1 – Women's Singles. She won over Martina Trevisan in the first round of qualifying. Later, she lost to Lesley Pattinama Kerkhove in the final qualifying round.