Miomir Kecmanovic is a Serbian professional tennis player competing in the ATP Tour. He has won one single, one doubles ATP title and two Challenger titles. The Belgrade native began playing tennis at the age of 6. Kecmanovic is associated with IMG Academy, a preparatory boarding school and sports training destination based in the United States of America.

Furthermore, Miomir earned personal-best 38 wins in 2022, reaching Roland Garros 3R, Wimbledon 3R, and Australian Open 4R. On January 16, 2023, Kecmanovic achieved his best singles ranking of world No. 27. Likewise, he peaked at world No. 161 on September 16, 2019. Kecmanovic has been coached by many professionals, such as Miro Hrvatin, David Nalbandian, and Johan Ortegren.

Kecmanovic is already taken and is in a romantic relationship with his gorgeous girlfriend, Katarina Drazic. The lovebirds have been sharing the relationship of a girlfriend and a boyfriend for over three years. As the tennis player has kept the information about his love life confidential, we cannot share when he began dating Katarina. 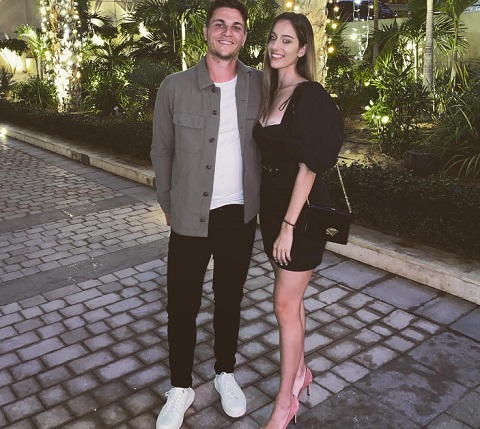 However, Kecmanovic made the first post on Instagram with his girlfriend on April 3, 2019. So, it can be speculated that they began their romance in 2019. While sharing the snap with a red heart emoji, Miomir wrote, "If I could reach up and hold a star for every time you've made me smile, the entire sky would be in the palm of my hand."

Furthermore, Kecmanovic and Drazic also celebrated the 2020's New Year together. The duo went to Dubai Marina, and the athlete posted a moment from there. In the same year, the pair went to Antarctica to celebrate Valentine's Day, where they enjoyed a camel ride. For the 2021 New Year, Kecmanovic and Drazic went to Siddhartha Lounge Dubai. Besides, Kecmanovic's girlfriend appears to be attending Chicago State University. We can find her active on Instagram, where she is registered as @katarinadrazic_.

Miomir Kecmanovic's Net Worth: Explore His Earnings and Prize Money

A professional since 2017, Kecmanovic has taken home many titles. He has won not only games but also a handsome chunk of money. Kecmanovic makes most of his gains from being a professional tennis player. Also, he has worked with some brands, which may pay him well. Considering all of his earning sources, it is believed that, Miomir has a net worth of over $2 million. 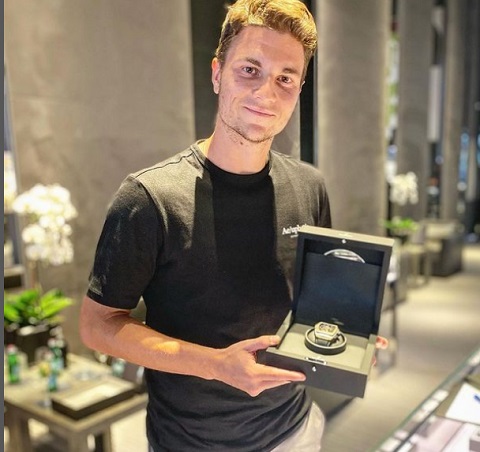 Throughout these years, Kecmanovic's income has risen, and he is still playing actively; we can be sure that his earnings will skyrocket in the coming years. Talking about his prize money, Kemanovic has participated in many tournaments and has collected a total of $4,154,842. 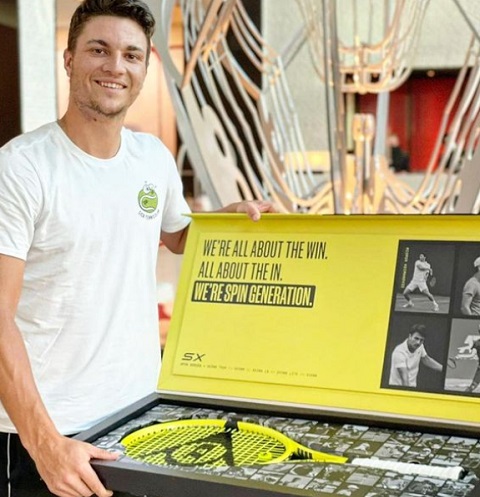 Likewise, Kecmanovic has a deal signed with another brand named Dunlop. Kecmanovic and Dunlop signed a contract in 2021. So, he uses their racquet. Kecmanovic uses the Dunlop SX 300 Racquet with Dunlop Explosive Spin strings. Also, his bags are from the same brand, and he mainly carries Dunlop SX Racket Bag.

Before signing a deal with Dunlop, Kecmanovic was using racquets from Babolat.

Who Are Dragutin Kecmanovic and Maja Pavlov? Meet His Parents

Miomir Kecmanovic was born to his parents, Dragutin Kecmanovic and Maja Pavlov. Both his father and mother are from different fields, as they are doctors by profession. Despite that, they have supported their child since the beginning of his career. Miomir Kecmanovic is having dinner with his close ones.  SOURCE: Instagram @miomirk

So, there is a huge role of Dragutin and Maja in the success of Miomir's tennis career. Being doctors, his parents are specialists in general and abdominal surgery. It is unknown whether Kecmanovic has siblings or not.

The Serbian tennis player comes from an athletic family background. His maternal grandfather, Jovan Pavlov, was a Yugoslav People's Army General. So, Miomir started playing tennis at the age of 6 with his grandfather. Besides, Kecmanovic's paternal grandfather was Prof. Miomir Kecmanovic, after whom Miomir was named.

Miomir's parental granddad also played a crucial role in suppressing the 1972 Yugoslav smallpox outbreak. While growing up, Kecmanovic took Roger Federer and Novak Djokovic as his biggest inspiration. When he turned 13, he moved to Florida with his aunt Tanja. 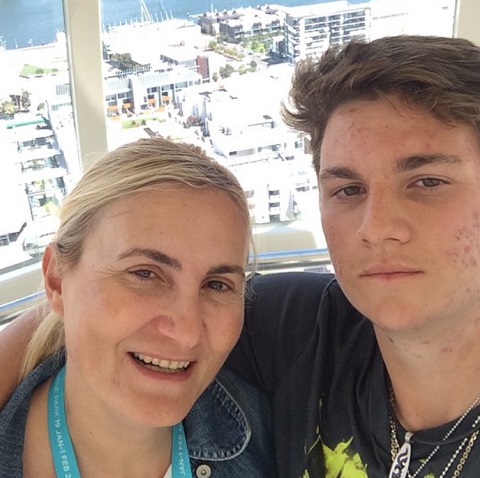 Tanja is a psychologist, to train at IMG Academy. His aunt has also supported Kecmanovic and works as his manager.

Starting with his early career, Kecmanovic played at the 2016 Junior US Open, and after reaching the final in singles, he was defeated by Felix Auger-Aliassime. Likewise, Kecmanovic represented the Serbian nation in the 2016 Davis Cup.

Finally, in 2017, Kecmanovic turned professional and won his first singles ITF pro circuit title held in Sunrise, Florida, US. After receiving a wildcard entry in March of the same year, he played at Miami Masters and defeated 22nd seed and world No. 117 Henri Laaksonen. 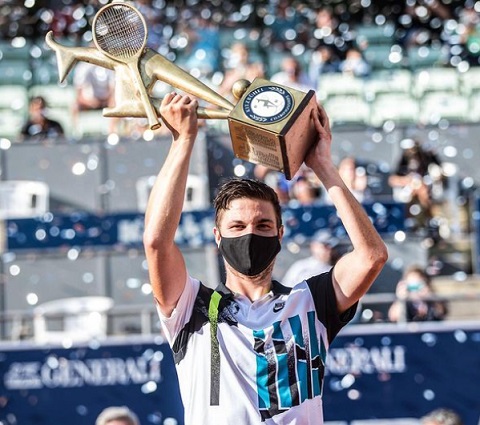 Some Interesting Facts About Miomir Kecmanovic

Kecmanovic has gained a decent fan following due to his performances. We can find him on Instagram as @miomirk, where he has collected over 40k followers. So, from his IG account, Miomir shares updates on his lifestyle. Here are more facts about a professional tennis player.