Killian Tillie is a French Basketball player who played for the Gonzaga Bulldogs alongside Corey Kispert of the West Coast Conference. He was ranked a four-star prospect at the end of his high school career by recruiting websites such as 247 Sports, ESPN, and Rivals.

Tillie was born on 5th March 1998 under the star sign Pisces. He was born in Cagnes-sur-Mer, France alongside two brothers Kim Tillie and Kevin Tillie. His Parents are Laurent and Carolina Keulen Tillie.

Ranked #52 by the CBS Sports in the upcoming 2020 NBA draft, Killian Tillie, is one of the intriguing players in the draft. If the power forward goes on to be selected in the upcoming draft as the #52 pick, he will be earning amounts ranging to millions in the future.

His projected salary will resemble the last year's #52 prospect Jalen McDaniels who signed a four-year contract worth $6,129,593 with the Hornets. Assuming his salary, Tillie's projected figures will definitely be in millions.

There is no denying that the Tillie will become a millionaire in the near future but the 22-years-old is still a college player and has not accumulated any earnings from his basketball profession yet since he has not turned professional. However, college players do tend to get incentives and grants from their college in return for their athletic capabilities. Since providing salary to the players is against the NCAA rules, the division I colleges provide grants in terms of scholarship, insurance, and other benefits which helps the players in staying focused.

To conclude, as the college players don't receive a particular salary, Tillie's net worth is yet to be determined and will be updated as soon as possible.

Killian Tillie Girlfriend: Who is the Bulldogs player dating?

The power forward for the Gonzaga Bulldogs might be passionate about basketball more than relationship since he is currently single without any relationship or affairs. Although he might have been in a relationship in the past, they don't seem to be in contact anymore. 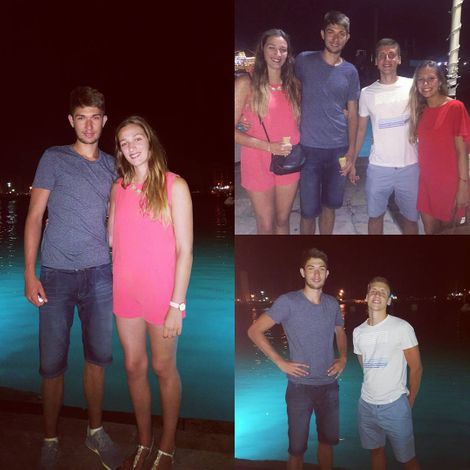 Scrolling through his Instagram, he does seem to be with someone but the basketball player has not revealed any pieces of information regarding her. Coming to the present, he is currently dedicated to his profession without any means of distraction.

The Second-team All-WCC missed the beginning of his senior season because of the stress fracture on his ankle. A statement was released on 30 October 2018 that Tillie will miss approximately 8 weeks of play because of his injury.

After missing a few of the games in his senior years, he was back in action on 19 November 2019 as the starting line-up against Texas-Arlington. Again, On 30 January 2020, he left the game against Santa Claire in the first half because of a ankle injury.

Coming from a Athletic Background 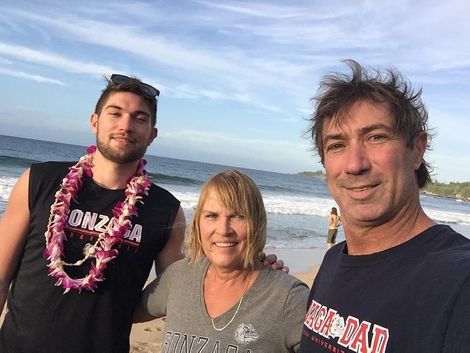 Both of his brothers are also in Sports. Kim played basketball for the University of Utah and Kevin played volleyball at UC-Irvine where he won back-to-back NCAA Volleyball Titles and now plays under his father at the French National Team.

The 6 ft 10 in tall Tillie helped the French Under-16 National Team win the Gold in 2014 FIBA Europe Under-16 Championship. He also played in the FIBA 3*3 Under-18 World Championship where the team came in third place after losing to Argentina and making way to the third position after beating Spain. 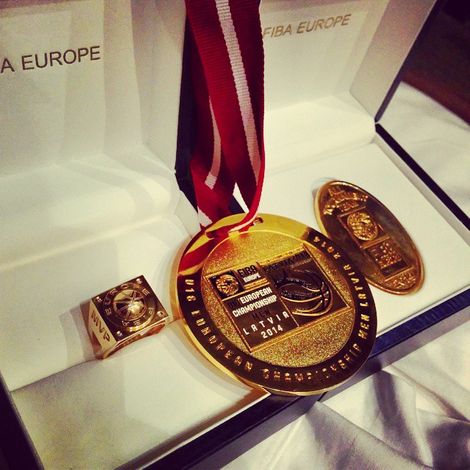 Killian uses his height well to his advantage while defending and has natural talents while scoring as well.