An American descent KhaDarel Hodge is a professional American Football wide receiver for the Atlanta Falcons of the National Football League. He is one of the undrafted athletes in the 2018 NFL Draft. The footballer was committed to playing his college football at Prairie View A&M. He has played for numerous teams, including Los Angeles Rams, Cleveland Browns, Detroit Lions and Atlanta Falcons.

Former Los Angeles Rams wide receiver KhaDarel Hodge was born on January 3, 1995, in D'Lo, Mississippi. As per astrology, his zodiac sign is Capricorn, and he is 27 years old as of 2022. His roster status is active. The receiver stands tall at 6 ft 2 inches and weighs 93 kg. Hodge put on. 12 on his jersey.

KhaDarel Hodge, Atlanta's jersey no. 12, is the loving son of his mother, Michelle Hodge, and he hasn't disclosed a single hint about his father. He and his two other siblings were raised by his single mother and grandfather. KhaDarel was born twin to his sister KhaDajah Hodge. They both have the greatest companion in each other life. They often go on outings together. They attend his every game and cheer him up.

The Mississippi-born athlete was very active from an early age. He initially played his college football at Alcorn state but left after a year when he redshirted. Later on, he was committed to playing or Praitre View, playing three seasons for the team.

Talking about his professional career, the Atlanta wide receiver set foot into NFL on July 24, 2018, after being signed as an undrafted free agent by the Los Angeles Rams after participating in a tryout. He played for nine months with the Rams and was waived during the final roster cuts on 12 March 2019. 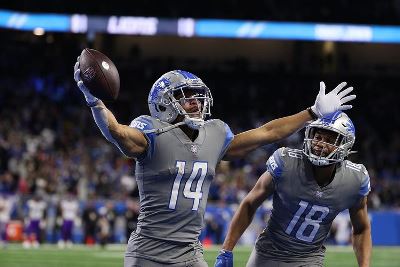 Reportedly, he joined Cleveland Browns on September 1, 2019. Hodge appeared in all 16 games catching four passes and 13 special tackles for the Browns. Likewise, the Detriot Lions claimed him off waivers on 1 September 2021. The athlete played 16 games with 13 receptions. After that, KhaDarel Hodge signed a year contract with Atlanta Falcons on March 25, 2022, and he is still yet to make his debut game for the Falcons.

Net worth and career earnings of KhaDarel Hodge

Former Lions wide receiver Hodge is one of the NFL's well-established players who has been in this field for more than four years. His primary source of income is playing for top American teams. When he signed a year contract with Atalanta Falcons, Hodge credited an astronomical wage of $1,070,000 per annum, including a $35,000 signing bonus. Thus, his estimated net worth is around $2Million. 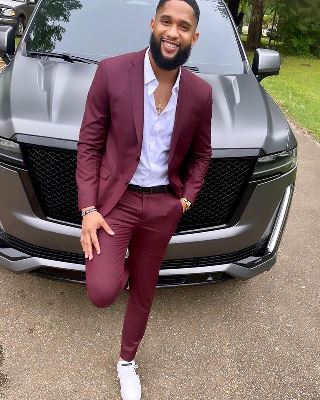 Besides this, he also makes handsome amounts of money from sponsorship and endorsement deals. Though, he never reveals how much he earns from such agreements.