West Hills, California native Kenyon Martin Jr. was born on January 6, 2001, under the star sign. Further, he holds an American nationality and belongs to the Afro-American ethnic background.

Forgoing his basketball scholarship at Vanderbilt, Kenyon Martin Jr., 19, has declared for the upcoming draft, announcing the decision on Instagram. Sporting News' NBA Draft expert, Sam Vecenie didn't have Martin in his two-round mock draft on March 19, though that was before he declared for the draft.

Kenyon Martin Jr. won't wind up as the No. 1 overall pick like his father, Martin Sr. was 20 years ago, but he's one step closer in following father's professional footsteps. 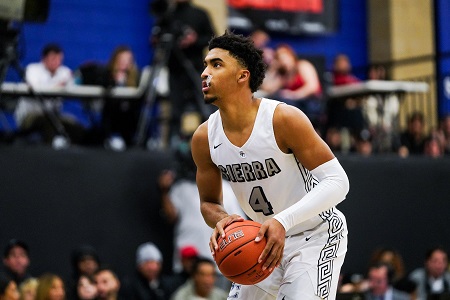 Martin could pop for teams in his predraft workouts, and he may already be on the radar of NBA scouts. But from the outside looking in, it seems as though his decision to bypass college did not have a significant positive impact on his draft stock. Further, NBA Scouting prospects him for being in 2nd round to undrafted.

Now talking about projects salary, even if Martin Jr, goes pick as late 2nd draftee, he will have his annual salary in a million. Reportedly the 2nd round late draftee has the three years contract worth $4,198,912, earning annually $1,399,637.

The only personal thing known about Martin Jr is he is dating. The teen basketball player shared a picture with his bae on His Instagram, captioning love. But there is no much information regarding his love life. The is aware of how to maintain his personal life far from the media's eyes. 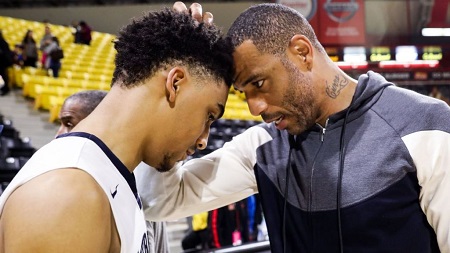 The relation between Martin Jr with his father has always been great and always supportive. Martin Sr. told he supported his son's decision to skip college and go professional: "I just asked him was he sure. A lot of emotions go into that thought process. The more that I thought about it, I understood. I understand my son well. It wasn't something that was far-fetched. I let him know everything that goes into this decision. We took about a week to make sure he still wanted to do it."

What's more, in 2016, Martin Jr's father tied the knot with his girlfriend, Shakira Watson on a luxurious yacht off the coast of Miami, where the bride walked down the aisle in a black dress and veil, dismissing the usual white option. The marriage was attended by the family, friends, and relatives including Martin Sr's son, Martin Jr and his Kamron, and  Cierra Reign.

Matter of fact, Martin Jr's father and mother, seperated a long time ago. In 2019, Kenyon Martin showed his disagreement regarding paying the same amount of child support as he did when he played in the NBA and wants the amount to be more in line with his current financial situation. 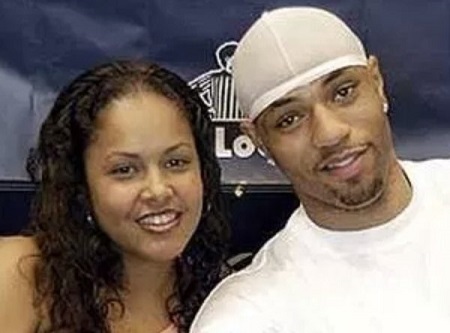 The former couple agreed on a contract where Kenyon paying $3,000 a month in child support, which Kenyon wants to revise based on his current income.

Intially, Martin Jr, enrolled at Chaminade College Prep. Further, he is a recipient of a three-star recruit from Sierra Canyon School who played alongside Scotty Pippen Jr. and Cassius Stanley. There, he averaged 16.7 points and 9.8 rebounds per game for the back-to-back California Open Division champions.

Originally, Martin committed to play for Vanderbilt prior to opting for a postgraduate year at IMG Academy. He averaged 20 points and eight rebounds per game at Academy, which helped him to draw praise for his athleticism. Furthermore, he had 37 points at the National Prep Showcase and demonstrated an improved jump shot.