Kenneth Neil Atkinson, better known as Kenny Atkinson is an American professional basketball player turned coach. Currently, he serves as an assistant coach for the Los Angeles Clippers of the National Basketball Association (NBA). Previously, he was the head coach of the Brooklyn Nets (2016-2020) and as assistant Atlanta Hawks (2012-2016), New York Knicks (2008-2012), and Paris Basket Racing (2008-2012), and Paris Basket Racing (2004-2006).

Northport, New York native, Kenny Atkinson was born on 2nd June 1967, under the star sign Gemini. He is the son of Pauline Atkinson and Neil Atkinson. He grew up alongside his four brothers, Mike, Steve, Tom, and Brian.

How Much Is Kenny Atkinson's Net Worth In 2021?

Kenny's playing career earning is a total mystery. In 2004, he started his coaching career as an assistant. However, the salary of assistant coach has always remained under the shades.

In 2016, Atkinson signed a $10 million 4 years contract with Brooklyn Nets. During his stint as Nets' head coach, he enjoyed a tremendous salary of $2.5 million per annum.

In 2020, he signed to the Los Angeles Clippers as an assistant. As per reports, the average salary of an assistant coach in the NBA is between $0.3 million to $1 million.

As of 2021, Kenny Atkinson has an estimated net worth of $5 million.

Laura Atkinson is a gorgeous NBA wag who is married to Kenny Atkinson. Laura was born Laura Ann Waller on January 21, 1980. She graduated from Shawnee Heights Senior High School in 2006 and subsequently enrolled at Baker University. 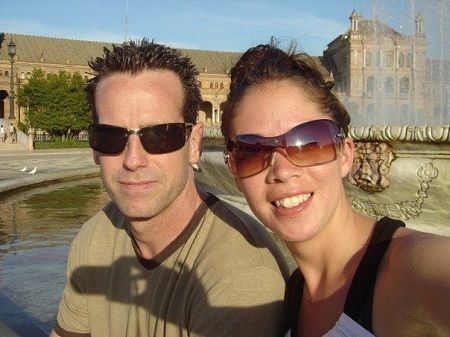 Mr. and Mrs. Atkinson has two children. In 2008, they welcomed their first child, son Anthony. Their daughter, Annika was born in 2010.

Not to mention Kenny Atkinson has maintained a low-key personal life. He is nowhere to be found on Instagram and Twitter.

After finishing his collegiate career at the University of Richmond, Atkinson went for the 1990 NBA Draft but remained unpicked. Hence, he played professionally in France, Netherlands, Italy, Spain, and Germany from 1990 to 2004.

Upon retirement, Atkinson pursued his career in the coaching field starting with Paris Basket Racing until 2006.

On 26th October 2016, Atkinson made his NBA head coaching debut in a 122–117 loss to the Boston Celtics. Two nights later, he tasted his first win as an NBA head coach as the Nets defeated the Indiana Pacers 103–94. 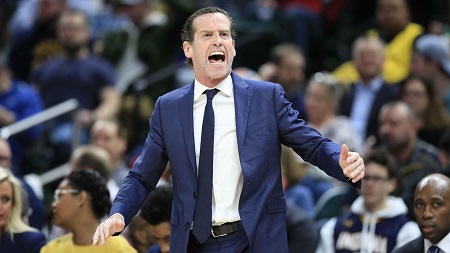 He finished the following season with a 28–54 record, which was an eight-game improvement over his first season. In the third season, the Nets saw him lead the team to a 42−40 record. 3rd season was a 14-game improvement over the previous season. On 7th March 2020, Atkinson stepped down as head coach.

On 16th November 2020, he was appointed as an assistant coach for the Los Angeles Clippers.