Kennedy Brooks is a rising American college football player. He declared for the 2022 NFL Draft through his Instagram after his successful collegiate career. Brooks played as a running back for his team and finished his collegiate career at the University of Oklahoma. Kennedy Brooks has been named in the Second-team All-Big 12 2019 and received Landry Award back in 2019.

Kenedy Brooks was born in the beautiful town of Mansfield, Texas on October 8, 1998. He has not disclosed any information regarding his parents, but he grew up with his parents in Mansfield. Brooks stands 5 feet 11 inches tall and weighs over 97Kg as of 2022.

Brooks played college football at the University of Oklahoma, where he represented Oklahoma Sooners; he is not paid a single penny playing for his college teams during his college career as college athletes are not paid by the rules of the NCAA, while the college aids their athletes on their scholarships, accommodations, and floodings.

Brooks has been earning well as of now through sponsorships, merchandise, and endorsements, as he was happy about being partnered with WhiteFlagAthlete. He posts about his sponsorships and partnerships on his Instagram. The American football player Brooks announced to enter the NFL draft 2022, so playing for such a competitive league in NFL and if drafted in the first round, he is set to earn millions in the coming years, and as of now, Kennedy Brook's Net Worth remains under review.

Who is Kenndy Brook's Girlfriend? Know About His Relationship status

Brooks is very much private about his love life. He has successfully kept his personal life away from the media. The American football player is very early and must focus on being drafted in the 2022 NFL Draft.

There is no hint about him dating someone from his Instagram posts; he is active on Instagram, where he posts about his professional life, family life, and friends. 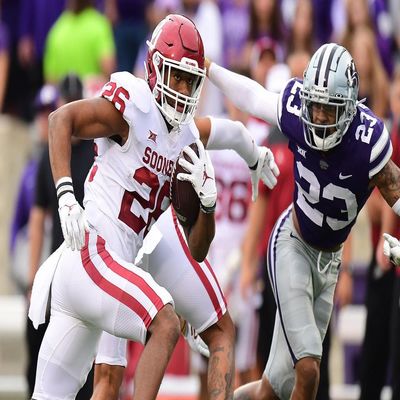 Yet, Brooks might be dating in private and is waiting for the right time to flash it to the public, but as of the date, he is single.

As passionate about football, Brooks attended Mansfield High School, where he started playing football. He had 7,658 yards and 96 touchdowns and was awarded the Landry Award in 2016. Later, he committed to the University of Oklahoma to play college football. 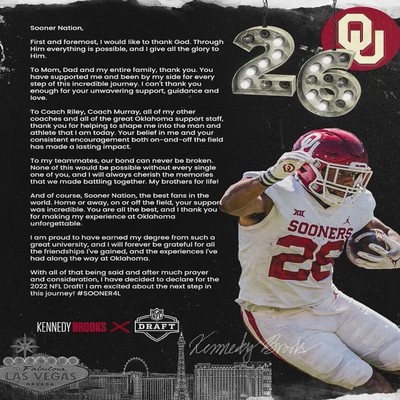 Brooks started in the second season due to a shoulder injury during his collegiate career and started playing in 2018, recording 1,056 years with 12 touchdowns. He announced to enter for the 2022 NFL Draft in December 2021.