An English footballer Ben Chilwell is currently signed to the Premier League club Leicester City and plays as a  left-back for the team. He represented England national team at various youth levels and made his senior debut in 2018.

Chilwell is on of the top transfer target in the current transfer window and is heavily linked to Chelsea. The deal had not been further negotiated after Leicester asked £75 million for the 23-year-old but the new reports suggest that they are going to accept £50 million.

Ben Chilwell Salary and Net worth

Prior to club earnings, he also makes money from his endorsement deals with several products and companies. He is a Nike athlete and has a shoes deal with the company. He gets paid huge money from Nike for wearing and promoting Nike shoes on the field and on Instagram. Moreover, he also has merchandise deals with some brands.

The Leicester City star is unmarried and reportedly single at the moment. However, he was in a relationship with Joanna Chimonides previously. The couple dated for a couple of years until they broke up in the summer of 2018. As per the reports, Ben dumped her as he wanted to be single and thought she was the right person at the wrong time. 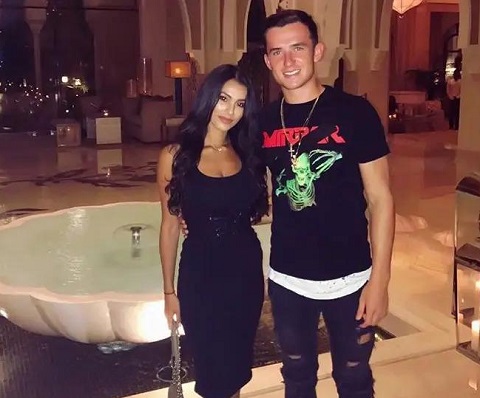 His former girlfriend Joanna is a model who was also a cast member on Love Island in 2019. She currently co-hosts Reality Tea Podcast on BBC Radio and is also active on Tiktok and YouTube. She is a social media personality with around 700 thousand followers on Instagram.

A source revealed that Ben still was furious with Joanna's idea of going to Love Island even after their split. The source said:

“Ben has been left furious by her going on the show even though he dumped her at the end of last summer because he wanted to be single. They had stayed good friends until when she told him she was going on Love Island. She thought Ben was partying too much and he thought she was the right person at the wrong time.”

Ben was born as Benjamin James Chilwell on 21 December 1996. He is 23 years old as of 2020. He was born in Milton Keynes, England, and holds a British nationality. Ben belongs to mixed ethnicity as his father is a New Zealander. His father relocated to England three years before Ben was born. Chilwell currently lives in the Cheshire town of Wilmslow.