Ken Caminiti was a professional American third baseman who spent his 15 seasons in the Major League Baseball (MLB), playing for the Houston Astros, San Diego Padres, Texas Rangers, and Atlanta Braves. Besides, the player was also a member of the Padres Hall of Fame.

Likewise, this National League Most Valuable Player (MVP) was married to his beautiful wife, Nancy Smith in the year 1987. The couple was also blessed with three children.

Ken Caminiti Net Worth and Earnings

Ken Caminiti had a huge net worth of almost $12 million at the time he died. Besides, on average, his annual income was somewhere in between $1.5 million to $3 million. Likewise, during his 13 years of National League (NL) career, he made total career earnings of $37 million.

Ken Caminiti Personal Life; Know about his Wife and Children

Ken Caminiti was married to his beautiful wife, Nancy Smith until the couples broke off their relationship. As per The Times Square, the duo exchanged vows on November 14, 1987, in front of very few guests and family members. However, the details regarding where and when the duo met each other are still behind the curtains.

Unfortunately, the marriage didn't last long as Nancy filed a divorce against Ken for domestic violence and conflict between the former couple on July 10, 2000.

Besides, a joint statement issued by the Caminiti's' attorneys says, "While this has been a very personal and difficult decision, both parents are working diligently to give the highest priority to the best interests of their children."

Since 2000, the duo was not living as husband and wife but they were giving time to their three daughters. 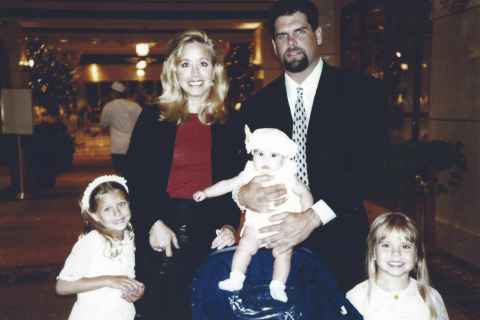 Ken Caminiti with his wife and daughters SOURCE: YouTube

Caminiti is survived by his three daughters, Kendall, Lindsey, and Nicole. Unfortunately, there is not details regarding his daughters but it is pretty sure that each girl is on their '20s.

Ken Caminiti suffered from substance abuse throughout his career. In 1994, he admitted having suffered from alcoholism and checked himself into a rehabilitation center in 2000.

Besides, he also admitted that he had used steroids during his 1996 MVP season and several seasons afterward. In March, he pleaded guilty to cocaine possession and was sentenced to three years probation. 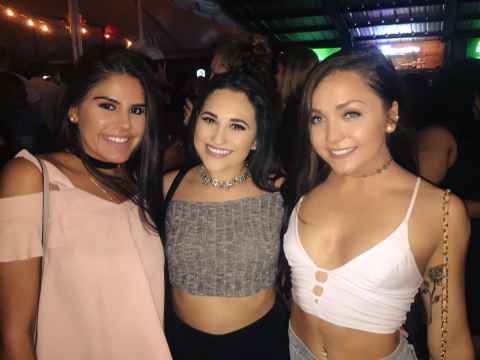 In the early afternoon of October 10, 2004, Caminiti was in the apartment of his friend in The Bronx, New York City. After being in the bathroom to have a speedball of cocaine and heroin, Caminiti came out and collapsed on the floor. 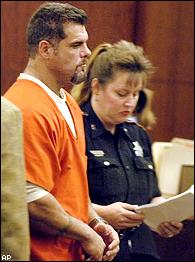 Ken Caminiti arrested for illegal use of cacaine SOURCE: YouTube

Preliminary news reports indicated he died of a heart attack, but the autopsy results stated that "acute intoxication due to the combined effects of cocaine and opiates" caused his death, with coronary artery disease and cardiac hypertrophy (an enlarged heart) as contributing factors.

As per his wiki, Ken Caminiti stood at a perfect height of 5 feet and 11 inches tall. Besides, he had a slim body that weight around 60 kg.

Ken Caminiti was born on April 21, 1963, in Hanford, California as Kenneth Gene Caminiti. He was born to his parents, Lee Caminiti and Yvonne Caminiti. Besides. Ken also had a brother Glenn and a sister Carrie.

Talking about his education, Ken completed his high schooling from Leigh High School in California and he joined San Jose State University.

Ken Caminiti was signed as a third-round pick in the 1984 amateur draft by the Houston Astros and since then, he began his professional career. Caminiti played professional baseball for 15 seasons, beginning with the Osceola Astros of the Single-A Florida State League in 1985.

Later, on July 16, 1987, Ken made his major league debut with the Houston Astros. After that, in 1988, he returned to the minor leagues playing with the Triple-A Tucson Toros of the Pacific Coast League.