David Bell is a former professional baseball player who played for the different teams like Cleveland Indians, St. Louis Cardinals, Seattle Mariners, San Francisco Giants, Philadelphia Phillies, and Milwaukee Brewers in Major League baseball. As of now, he currently works as a manager for the Cincinnati Reds of Major League Baseball (MLB).

David, who served as both the player and Manager, has an estimated net worth over $15 million. Besides, he is a married man and is married to his lovely wife Kristi Kimener since 1999. Below here are the details about David's personal life and professional career.

David Bell Earnings; How much is his Net Worth?

As of 2019, David has an estimated net worth over $15 million. However, the details about his career earnings are not in the media yet. Also, he has played for 12 years in MLB and has collected a massive amount as career earnings.

As of now, he is currently working as a Manager for the Cincinnati Reds of Major League Baseball (MLB). In particular, the mangers in MLB is expected to earn between $1 million to $4 million, depending upon the ability and experience of the manager. David, who has experience of both playing and managing is obvious to earn a salary above average estimated by the MLB.

Is David Bell Married? Know about his Personal Life in details

Yes, David is happily married to his wife, Kristi Kimener. The couple tied a knot in a luxurious ceremony which was held in 1999. Additionally, the couple is a parent of 2 children, a son named David and a daughter named Brogan. 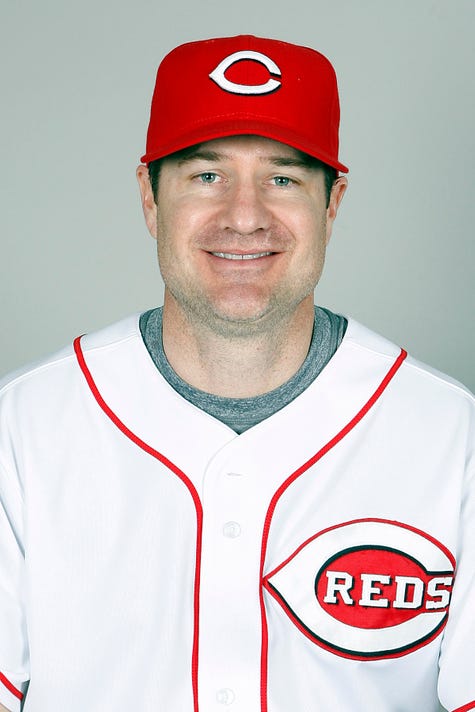 Likewise, David values his family alot, and his family was the only reason why he stepped away from playing professional baseball. As a result, he could spend more time with his young children.

In one of his interviews, he said about why he chose coaching career, saying: "In a way, I feel called to do this. And my family and my children will get the full me, the full picture. I think that’s what they want."

Moreover, he respects his wife with his heart as he considers that she is the main reason why family is centered now. As per David's interview, one of the newspaper beautifully described David's wife in a person as "helps keep the family’s perspective, focusing on the places David’s career has taken them together, not the distance that it sometimes keeps them apart."

David was born on September 14, 1972, in Cincinnati, Ohio to Buddy Bell and Gloria Bell. As per David's birth, he is an American native and belongs to the ethnic group of white. Also, Bell was born under the star sign, Virgo.

As a kid, David attended Moeller High School and played for the varsity team for three years. Later, he attended the University of Kentucky where is matured as a player.

As of now, David works as a manager for the Cincinnati Reds of Major League Baseball (MLB). Before his coaching career, he also played baseball in MLB, representing the teams like Cleveland Indians, St. Louis Cardinals, Seattle Mariners, San Francisco Giants, Philadelphia Phillies, and Milwaukee Brewers.

David made his MLB debut on May 3, 1995, for the Cleveland Indians. Likewise, he last played in the MLB on October 1, 2006, for the Milwaukee Brewers.

Well, some biographies of MLB players and coaches are available at Playerswiki.com.