Kellen Winslow is a former American football player who played for the different teams like Cleveland Browns, Tampa Bay Buccaneers, Seattle Seahawks, New England Patriots, and New York Jets in National Football Lague (NFL). Additionally, he was first drafted by the Cleveland Browns in the 2004 NFL draft as a sixth overall pick.

As of 2019, Kellen has an estimated net worth over $30 million. Also, he has collected $43,029,512 as entire career earnings, playing ten seasons in NFL. Besides, he is a married man who is married to his beautiful wife, Janelle Winslow.

To know more about Kellen's personal life, relationship details, and professional career, make sure you read this bio until the end.

Kellen Winslow Earnings;  How much is his Net Worth?

Kellen, who has played for ten seasons in NFL, has a hefty net worth over $30 million which is solely generated from his professional career. Likewise, he has collected $43,029,512 as entire career earnings.

As per his last playing career contract, he signed a one year, $840,000 contract with the New York Jets which included an average annual salary of $840,000.

Some of Kallen's career contract and earnings are tabulated below:

The above details indicate that Kellen is living a luxurious life which is completely financed by his professional career. Although the details about his valuable assets are not in the media, we are sure that

Winslow owns several expensive cars and luxurious house. Moreover, Kellen's majority of source of income is dependent on his professional career; however, he also had enough opportunity to earn additional cash via brand endorsement and sponsorships which certainly helped him to add an amount to his net worth.

Is Kellen Winslow Married? Know about his Personal Life in Details

Kellen Winslow tied a knot with his wife, Janelle Winslow on June 15, 2006. Additionally, the duo's wedding ceremony was planned surprisingly in an intimate ceremony at their home in Cleveland. Further, the couple first met when both of them attended the same Middle school and eventually began dating when they were in college. 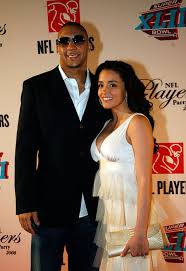 Besides, the couple is never involved in the news regarding their divorce, which suggests that they hold a good bond with each other. 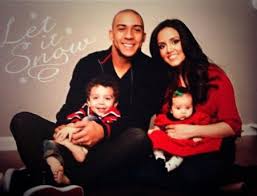 In November 2013, Kellen got himself in a Target in East Hanover after a nasty incident; when a woman accused Winslow of raping her inside his car. Further, he was hit with an accusation of drug possession in January 2014.

He subsequently faced a first-degree burglary charge on June 7, 2018; and later on June 14, 2018, he faced charges of rape and abduction.

Kellen was born on July 21, 1983, in San Diego, California, the U.S. to Kellen Winslow and Katrina Ramsey. He holds an American nationality and belongs to African ethnicity. Also, Winslow was born under the star sign Cancer.

As a kid, Kellen attended Patrick Henry High School for his freshmen and sophomore years of high school and his junior and senior years, and he attended Scripps Ranch High School. Later, for pursuing higher education, he enrolled at the University of Miami, where he started playing football at the highest level.

Kellen is a former NFL player who played for the teams like Cleveland Browns, Tampa Bay Buccaneers, Seattle Seahawks, New England Patriots, and New York Jets. The Cleveland Browns first drafted him in the 2004 NFL draft as a sixth overall pick.

In his entire playing career, he played along with some of the famous football players such as Nick Folk, Dee Milliner, Brady Quinn, Sheldon Richardson and many more. Some of his notable career achievements include Pro Bowl (2007), BCS national champion (2001), Unanimous All-American (2003), First-team All-Big East (2003), John Mackey Award (2003) and many more.