Kelechi Iheanacho is a professional football player who plays as a forward for Nigeria's national football team and is currently playing for the English Premier League club, Leicester City FC. He has played for Manchester City FC and was part of the Nigerian U-17 team that won the 2013 FIFA U-17 World Cup and has represented the senior national team from 2015.

Iheanacho was also the part of the Nigerian National Team that appeared in the FIFA World Cup 2018.

Kelechi Iheanacho was born in IMO, Nigeria, to Nigerian parents, mother, Mercy  Iheanacho, and father, James Iheanacho. He was born on Oct 3, 1996. He holds a Nigerian nationality with an African background.

He started his career at the youth academy of Tayo academy.

Iheanacho is one of the highest-paid Nigerian football players in the English premier league. His current annual salary is around $3.2 million, which the striker earns from his club, Leicester City, as his weekly wage is above $60,000.

His market value is reported to be $ 15 million at current. As of 2018, his total net worth was assumed to be more than $8 million. His salary was reported to be £85k per week at Man City previously.

Being one of the best well paid African footballer, he enjoys and spends his money to show his luxurious and lavish lifestyle.

He is reportedly working on building a mansion worth $ 2.79 million in Lagos, Nigeria, 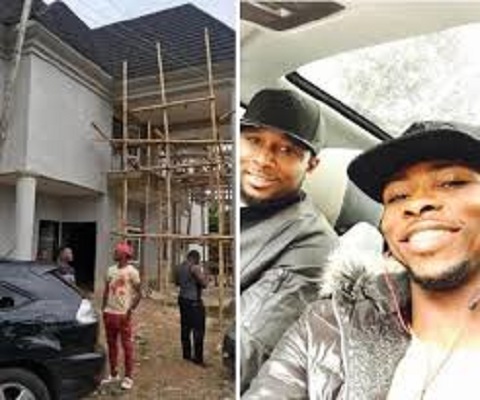 After his impressive performance at FIFA U-17 World Cup in 2013, the European football clubs such as Arsenal, Sporting Clube de Portugal, and Porto FC have shown interest in signing the Nigerian striker.

He signed with English Premier League club,  Manchester City FC in 2015 and made his debut for the leading team of the English team against Watford FC in August 2015. He scored his first goal for Manchester City FC against Crystal Palace on 12 September 2015. 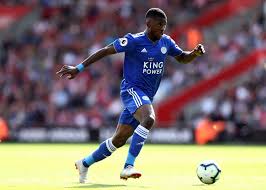 He scored his first hattrick against Aston Villa on 30 January 2016 during an FA Cup match.

During the 2016/17 season, his 10 goals allowed him to be one of the exclusive players in English Premier League history to have scored 10 goals before the age of 20. He joined legendary footballers like Michael Owen, Wayne Rooney, Ryan Giggs, Nicolas Anelka and Romelu Lukaku in the exclusive club.

He was also nominated for FIFA Golden Boy Award in 2016.

During his time with Manchester City, he was one of the key players to help the club to win the Football League Cup in 2015/16.

On August 2017, he signed with his current club, Leicester City FC on a five-year contract deal with a reported transfer fee of $ 34.96 million. He played his first match for Leicester City against Arsenal on 11 August 2017 and scored his first goal for the English side against Leeds United on 24 October 2017.

Iheanacho started for Nigeria in the under 13 teams before becoming a prominent player in the U-17 team.

He was the major player for the Nigerian team and helped Nigeria to win the 2013 FIFA U-17 World Cup. For his outstanding performance at the tournament, he won Golden Ball and Siver shoe.

The Nigerian forward made his debut for the senior team coming as a substitute against Swaziland and scored his first international goal against Mali in a friendly match on 27 May 2016.

A two-time CAF Most Promising Talent of the year winner Kelechi Iheanacho, currently 23, is having a great time in London and enjoying his game and life. He was reportedly married to Amarachi but separated from her in May 2019.

Kelechi then started dating Amaka, whom he met on Instagram in February 2019, and was allegedly planning to marry her.

His former partner also alleged that he has a five-year-old daughter in Enugu and another son in Manchester with his biracial girlfriend. Moreover, he also a 6-month-old daughter named Mercy with another girlfriend named Tobi, with whom he relocated to Manchester.