Three Times MAC Coach of the Year Award Winner Keith Dambrot is a well-known American college basketball head coach. He has been working as the head coach for Duquesne University. Keith has led his team in more than half of the dozen of MAC, MAC East Division, and MAC Tournament finals.

Keith Dambort was born Keith Brett Dambort on October 26, 1958, in Akron, Ohio. He is the only child born to Faye Dambort and her husband, Sid Dambort. His father played on Duquesne Dukes men's basketball teams ranked No. 1 in the nation from 1952 to 1954, and his mother was a psychology professor at the University of Akron while he was growing up. After graduating from Firestone High School, Dambort enrolled at the University of Akron.

How Rich is Keith Dambrot? Know About His Earnings, Net Worth, and Salary

Keith Dambort has an estimated net worth of more than $5 Million. Keith has an annual salary of $1 Million annually. In 2017, The head coach signed a seven years $7 Million deal with Duquesne. His contract includes several incentives and bonus amounts. 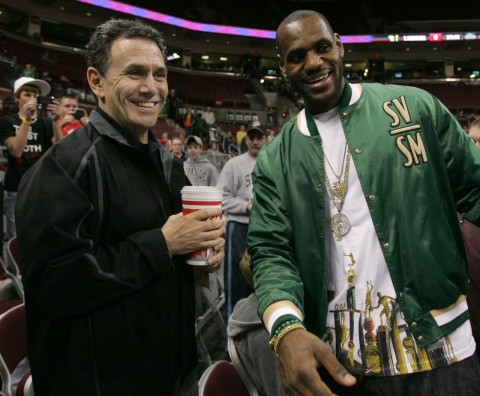 Keith worked as the coach of LeBron James in his early days SOURCE: Cleveland

Keith walked down the wedding aisle with his wife Donna Dambort in the 1990s. As both of them were not in the limelight at the time of their wedding, there is not much information shared with the public. Keith and Donna are the proud parents of two children, daughter Alysse and son Rob. Dambort is very private about his family and has become successful in keeping them away from the public.

Thirty-Five Years Of Career In Basketball

In 2009, Keith led his team to the MAC tournament championship title. Following this title win, Dambort made some changes in the team. In 2012, His team won MAC regular season and MAC East Division titles. The following year, They won three championship titles, and the head coach won the MAC Coach of the Year Award.