Karson Kuhlman is an American professional ice hockey center. As of 2019, he plays for the Boston Bruins of the National Hockey League (NHL). He finished his collegiate career at the University of Minnesota Duluth playing for the Bulldogs men's ice hockey team in the NCAA's National Collegiate Hockey Conference (NCHC).

The twenty-three years old ice hockey center earns $700,000 per annum from the team and has an estimated net worth of $0.5 million as of 2019. He is possibly single and unmarried.

How Much Is Karson Kuhlman Net Worth In 2019? Know His Salary and Contract 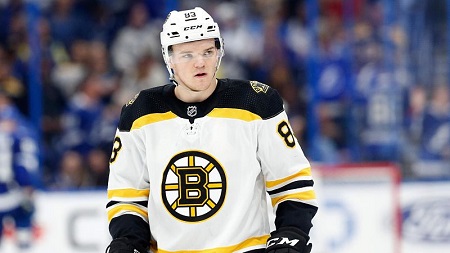 Kuhlman, 23, is neither married nor in a relationship. Currently, he is possibly single. In fact, the NFL rising star has shared less to no information about his love life. Till the date, there is no news and rumors in the media sites about his love affair or girlfriend neither paparazzi has caught him with his possible girlfriend. 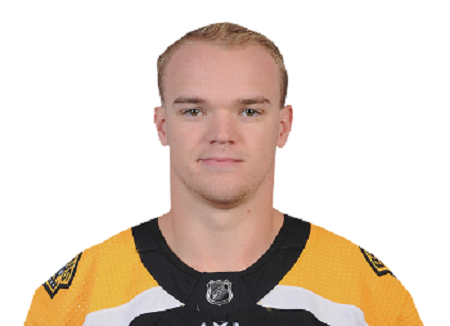 Karson could be dating his girlfriend secretly and might reveal when the time comes but for now, we believe he is single.

A native of Esko, Minnesota, Karson Kuhlman was born on September 26, 1995. His star sign is Libra. As per nationality, he is an American and belongs to the white ethnic background.

He attended Cloquet High School where he began playing ice hockey in the Minnesota State High School League (USHS) from 2010 to 2013.

Upon graduation, he enrolled at University of Minnesota Duluth and joined the Bulldogs men's ice hockey team in the NCAA's National Collegiate Hockey Conference (NCHC). He completed his collegiate career ranking seventh all-time in the NCAA with 166 consecutive collegiate games played.

In 2011, he was picked in the United States Hockey League (USHL) Futures Draft 48th overall by the Dubuque Fighting Saints. In the 2011-12 season, he made his USHL debut with the Fighting Saints, performing in 5 games prior to dividing the following 2012–13 season between high school hockey and the USHL, following the Dubuque for the entirety of the playoffs in their eventual Clark Cup championship.

After being unselected in any NHL Entry Draft, Kuhlman agreed on a two-year contract with the Boston Bruins on April 11, 2018. After that, he joined Boston's AHL affiliate, the Providence Bruins, on an amateur try-out deal to conclude the 2017–18 season.

On 17th February, he made his NHL debut in a 4–2 victory against the Los Angeles Kings. Furthermore, he scored his first NHL goal in his second game with the Bruins in a 6–5 overtime win against the San Jose Sharks on February 19. 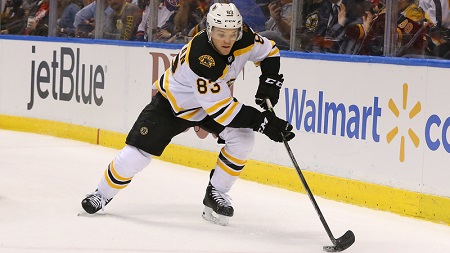