Gossip Thomas Muller Married to Lisa Muller and Living Happily Together, Do they have children?Know about their Relationship

Thomas Muller Married to Lisa Muller and Living Happily Together, Do they have children?Know about their Relationship

The vice-captain of the Bayern Munich, Thomas Muller is a renowned name in the football industry and all around the globe. Also, the prominent player of the German National Team, Muller, 28, is the 2010 FIFA World Cup Golden Boot winner and 2014 FIFA World Cup Silver Boot winner.  Besides having a successful career, Muller also enjoys the lovely relationship with his wife.

Thomas Muller married his longtime girlfriend, Lisa Muller at the age of 20. The couple since then are together free from the mishaps of separation, though have not shared any children yet. Want to know more about Muller's relationship, married life, and plans for children? Scroll down.

Thomas Muller's love story with his partner flies in the air since his high school days, where he met his soulmate, Lisa. Reports suggest that the couple met back in 2006 when both were 17 years old and started dating soon after.

Soon after their early dates, the couple took a further step and got engaged on December 24, 2008. It's quite impressive to know that Thomas proposed to Lisa in front of her parents' home. 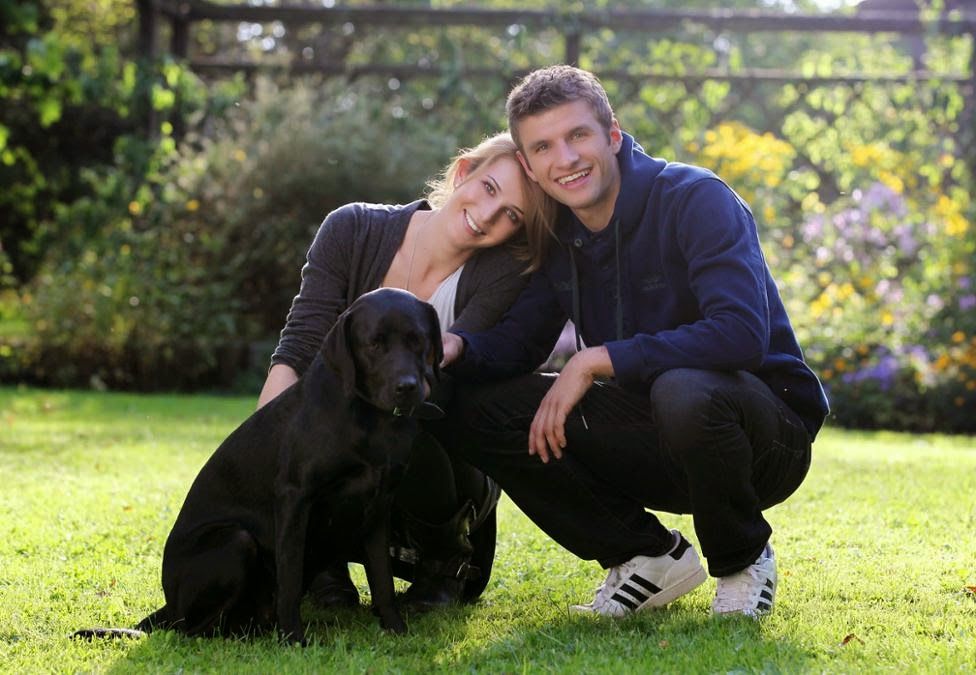 CAPTION: Thomas Muller and his wife Lisa SOURCE: Love is an Escape

Then the awaited moment for the couple arrived as Thomas and Lisa got married in December 2009 at the registry office of Ismaning, celebrating afterward with their close family.

As for a fact, the couple tied the knot at the age of 20, and regarding the reason for their marriage, Thomas said:

"Lisa and I have good jobs, and don't have the problems most young people have with their jobs and studying or money, so we thought, why not?"

The couple married for 9 years are reportedly mishap free in their relationship. Furthermore, the couple is free from the records of past affairs as well.

Though, Thomas and Lisa are yet to share children meanwhile.

Muller's Plans for Having Children

Gaining the limelight of the fans since his career debut in 2008, Thomas Muller is enjoying his happy married but seems the baby cry in his house is yet to come. Even after these years, Muller and his wife have not welcomed a child.

Back in 2011, in an interview with Live Journal, when Muller was asked about having children, he said:

Probably, he was too young to handle the responsibility of a father, but the circumstances are now different.

Though Muller has not talked about his plans for having children, rather he focuses on his career.

Thomas Müller: "Have a child? I'm very busy, It's hard to be a footballer and a full-time dad" [Bild am Sonntag] pic.twitter.com/UJJJXbbmS4

But it's not that he is not in love with children. Recently on June 11, 2018, Muller released his first book for children.

The book is written alongside author Julien Wolff and illustrated by Jan Birck which reads up Muller's rise from humble beginnings at TSV Pahl right the way through to glory with Germany and Bayern Munich. 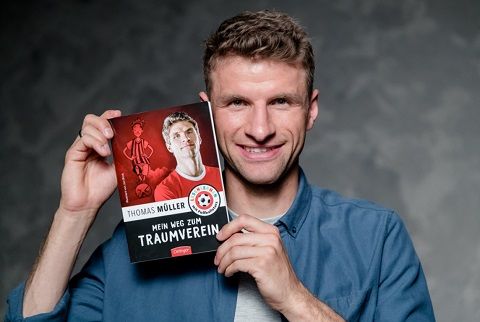 Muller is the ambassador for YoungWings, a charity that helps children who have suffered bereavement or trauma since 2011.

Know more: Net worth of Thomas Muller and Salary